Barbara Dickson (born Sept. 27, 1947) is a Scottish folk/pop vocalist and actress who first entered showbiz in the late 1960s. Partnered with Glaswegian guitarist/vocalist Archie Fisher, they issued back-to-back albums together circa 1969/70. Her debut solo album, Do Right Woman, appeared in 1970 on Decca. In 1974, she contributed to the cast recording of […] 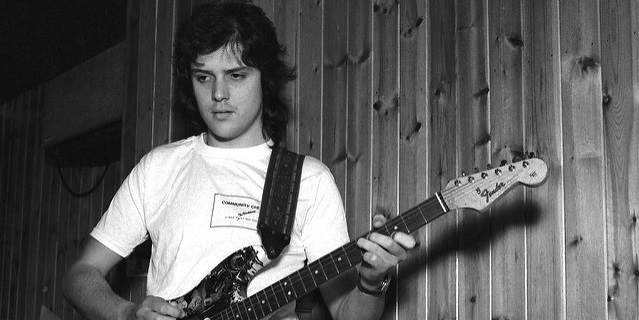 Trevor Rabin (born Jan. 13, 1984) is a South African-born/U.S.-naturalized guitarist, keyboardist, songwriter, and producer with a musical career that dates to the early 1970s. He first emerged in the Johannesburg art-rock/pop band Rabbitt, which he joined at age 18 in 1972. Rabbitt scored locally with the chart-topping symphonic-ballad “Charlie” and the album Boys Will […]

Dr. Feelgood were an English blues-rock band from Canvey Island, Essex, that released seven studio albums and two live discs on United Artists between 1975 and 1980, followed by six further albums on assorted labels during the ensuing decade. The band gained notoriety for the kinetic stage antics of guitarist Wilko Johnson and vocalist Lee […]

Sailor were an English music-hall/pop band from London that debuted with a self-titled album on Epic in 1974, followed by the Rupert Holmes-produced Trouble in 1975. Three further albums appeared on the label between 1976 and 1978. After the departure of vocalist/guitarist Georg Kajanus, a revamped lineup of the band released the album Dressed for […]

Richard Thompson (born April 3, 1949) is an English singer/songwriter from Notting Hill with a professional recording career that has spanned half a century. He first performed circa 1965/66 in a school band, Emil and the Detectives, with classmate and future-Stranglers frontman Hugh Cornwell. In 1967 at age 18, Thompson became a founding member of […]

Shanghai were an English hard-rock/blues band that released a self-titled album on Warner Bros. in 1974, followed by Fallen Heroes on Thunderbird in 1976. The second album features veteran rock vocalist Cliff Bennett (The Rebel Rousers, Toe Fat) and ex-Trifle bassist Patrick King, who next appeared in the 1978–80 lineup of Manfred Mann’s Earth Band. […]

Charlie and the Pep Boys were an American R&B/rock band from Washington D.C. that released the album Daddy’s Girl on A&M in 1976. Charles Woods Pearson and rhythm guitarist Alan Adkins carried on in the act Tears with ex-King Crimson drummer Ian Wallace and future-Foghat guitarist Erik Cartwright, issuing an eponymous album on Backstreet in […]

Les DeMerle (Nov. 4, 1946) is an American jazz drummer from Brooklyn who released the album Spectrum on United Artists in 1968. After doing time behind bandleader Harry James, DeMerle released the jazz-rock album Transfusion on Dobre Records in 1978. The title inspired the name of his backing act for the ensuing Transcendental Watusi, issued […]

Zorch were an English electronic duo that formed as a four-piece in 1973, eventually pairing down to keyboardists Basil Brooks and Gwyo Ze Pix. In 1975, the pair recorded an album’s worth of material that was ultimately released a quarter-century later as Ouroboros on Zorch Records. Members: Basil Brooks (synthesizer), Gwyo Ze Pix (synthesizer) Ouroboros […]

Sunrise were an American art-rock/pop band that released a self-titled album on Buddah in 1977. The album was produced by Beach Boy Bruce Johnston and engineered by Ralph Moss, whose other credits from the era include albums by Gladys Knight & The Pips, Glass Harp, Lou Reed, Mother Goose, Norman Connors, Ruth Copeland (Take Me […]