Kalevala were a Finnish art-rock/psych band from Helsinki that was active for nine years, starting in 1969. In 1972, the band debuted with the popular People No Names album on Finnlevy. Between 1975 and 1977, the band released two further albums on Hi-Hat. 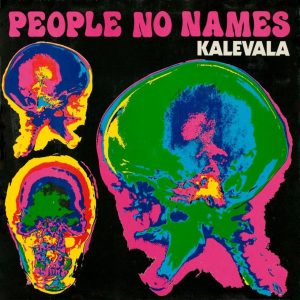 In 1972, Kalevala debuted with People No Names on Finnlevy. It was produced by Jukka Hauru and features eight Kurkinen originals, including “Lady With the Veil,” “Escape from the Storm,” “In the Net,” and the title-track. Keyboardist Olli Ahvenlahti guests on piano and electric piano. Saksala wrote the lyrics, which were translated to English by Wigwam‘s Mats Huldén.

In 1974, Kalevala regrouped with a new rhythm section and two vocalists: Limousine Leppänen and (multi-instrumentalist) Lido Salonen. The band’s second album, Boogie Jungle, appeared in 1975 on Hi-Hat. It features nine cuts, including “Snow Bill,” “Boogie,” and “Capseller.” The songs are credited to Kurkinen and Salonen. Wigwam vocalist Jim Pembroke, who sings backup on five tracks, is credited with “words.” His bandmate Jukka Gustavson plays clavinet on one track. Soon after the album’s release, Kurkinen died at age 24 in an auto accident. 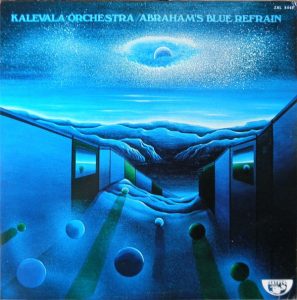 Kalevala soldiered on for two more years with Salonen as the principal guitarist. In 1976, they issued the single “Playground” as a preview for their self-produced third album Abraham’s Blue Refrain, released on Hi-Hat in 1977 as Kalevala Orchestra. It features 10 originals, mostly credited to Salonen and Pembroke, including “Panamanian Red,” “Forever Train,” and the two-part title-track. The band broke up the following year.

Steamhammer
Steamhammer was an English blues-rock band that released the 1969/70 albums Steamhammer (aka Refle...
Jean-Luc Ponty
Jean-Luc Ponty is a French violinist who has been musically active since the early 1960s. Jean-...
Little Feat
Little Feat are an American rustic-funk/rock band from Los Angeles that released seven studio albu...
Sutherland Brothers
The Sutherland Brothers were an English folk-rock duo from London that cut a pair of albums on Isl...
Martee Lebous
Martee Lebous (born April 12, 1957) is an American singer and songwriter from New York who released...