Fingerprintz was a Scottish new wave band signed to Virgin Records. Between 1979 and 1981, they released three albums: The Very Dab, Distinguishing Marks, and Beat Noir. Bandleader Jimme O’Neill also wrote songs for Lene Lovich and later worked with Jacqui Brookes. He and guitarist Cha Burns later reteamed in The Silencers.

O’Neill had one pop single to his credit: “Achin’ In My Heart” (b/w “Cold On Me”), released in 1975 on Oval Music as Jimme Shelter. In 1978, Oval signed a publishing deal with Lene Lovich, an up-and-coming new wave singer on Stiff Records. O’Neill supplied two songs, “Say When” and “Telepathy,” to her debut album, Stateless. “Say When” became the a-side of her fourth single (UK #19). 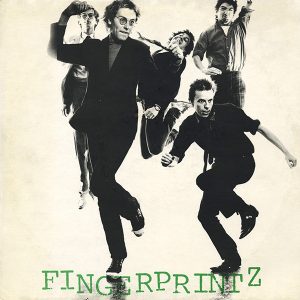 Virgin Records, then in the midst of a new wave contract frenzy (XTC, The Members, Interview, The Motors, Magazine, Penetration, The Ruts, The Human League, Public Image Limited), signed Fingerprintz in late 1978. Their first release was the January 1979 single “Dancing With Myself (b/w “Sean’s New Shoes”), also issued as a green vinyl 12″ with a third track, “Sync Unit.” Singer Step Lang appears on this release as a fifth member. 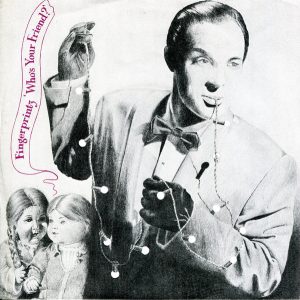 In March 1979, Fingerprintz issued a promo-only 7″ of “Who’s Your Friend” and “Do You Want to Know a Secret” (Beatles cover). They formed the double a-side of the Who’s Your Friend? EP, a general release with two additional tracks, “Nervz” and “Night Nurse.” The blue vinyl maxi-single shows a ’50s-style ventriloquist biting a strand of Christmas lights. Both singles were produced by ex-Tear Gas singer David Batchelor, who also worked with the Sensational Alex Harvey Band and the Skids. 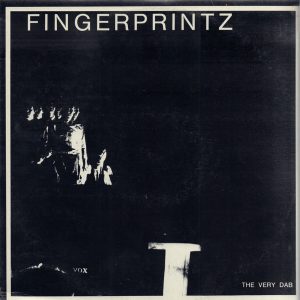 Fingerprintz released their first album, The Very Dab, in August 1979 on Virgin. It features 11 O’Neill originals, including “On the Hop,” “Wet Job,” “Invisible Seamz,” and the punning “Fingerprince.” The jagged, frenetic “Close Circuit Connection” and the reggaefied epic “Beam Me Up Scotty” open and close the album. Lang appears on the track “2.A.T.” 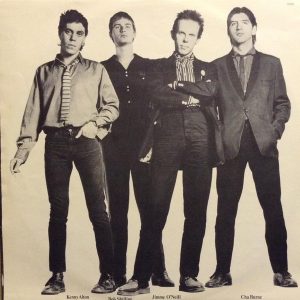 The Very Dab was recorded and self-produced at Alvic Studios, West Kensington, London. The minimal black cover shows a flash-lit, double-vision view of the band at the distant left. On the inner-sleeve, the members pose side by side in casual new wave attire (straight trousers, thin ties, creepers, Dr. Martens). Wiczling is identified as Bob Shilling. Nick Garvey of The Motors is one of three engineers listed (forename only).

In Canada, the album was issued as Fingerprintz with a revised 10-track order that drops several cuts but adds both sides of their first single. Stateside, The Very Dab appeared with its proper running order on the short-lived Virgin International. The track “Tough Luck” was issued as a single (b/w the non-album “Detonator”).

Also in 1979, O’Neill co-wrote and played rhythm guitar on the Manfred Mann Earth Band track “Platform End,” an ominous instrumental that closes side A of their ninth studio album, Angel Station. 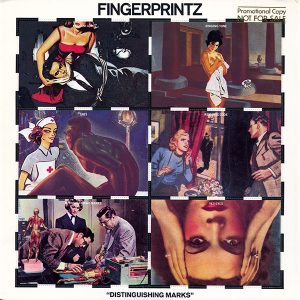 In July 1980, Fingerprintz issued the single “Bullet Proof Heart” (b/w “Hide and Seek”), both included on their second album, Distinguishing Marks. The album features five other O’Neill originals, including “Criminal Mind,” “Remorse Code,” and “Amnesia,” plus the O’Neill/Burns co-writes “Ringing Tone” and “Radiation.” Side B features “Jabs,” their first of several group-written songs. The track “Houdini Love” was issued as a second single (b/w the non-album “All About You”). 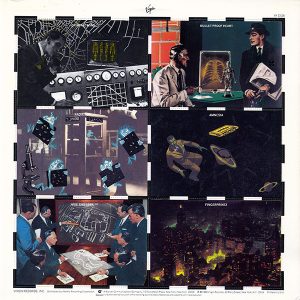 The front and back cover art of Distinguishing Marks consists of 12 illustrated panels (perforated for cutout) in the style of ’40s/’50s pulp art. It was designed by Peter Saville, who also did visuals on record sleeves for Joy Division, Orchestral Manoeuvres in the Dark, Roxy Music, The Monochrome Set, A Certain Ratio, Ultravox, Section 25, and Pauline Murray and the Invisible Girls. 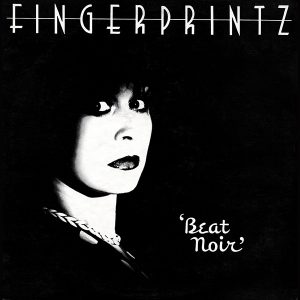 In June 1981, Fingerprintz issued “Shadowed” (b/w “Madame X”). The a-side, an O’Neill/Burns number, opens side B of their third and final album Beat Noir. The album contains three group-compositions (“Catwalk,” “Going Going Gone,” “Famous Last Words”), another Burns co-write (“Echohead”), and five O’Neill originals, including “The Chase,” “Get Civilized,” and “The Beat Escape.” The last of those appeared on 7″ (b/w the non-album “Disorient Express”). 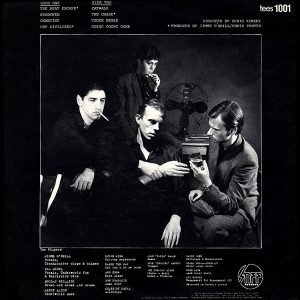 O’Neill co-produced “The Beat Escape,” “The Chase,” and “Get Civilised” with Chris Porter (The Boomtown Rats, Simple Minds, Hazel O’Connor, Linx). Producer Chris Kimsey (Stray Dog, Peter Frampton, The Movies, Fruupp) handled “Catwalk,” “Changing,” and all of side B.

The O’Neill/Porter tracks were recorded after the Kimsey sessions and added as a last-minute decision. Four Kimsey tracks were dropped from the final tracklist, including the two non-album b-sides, plus “Bohemian Dance” and “Coffee and Screams,” which were paired on a standalone single that summer.

On the back of Beat Noir, a Fingerprintz group photo depicts them as characters in a shady backroom scene in a 1940s film noir. The vintage noir theme carries over to the promo video of “Shadowed,” which shares some visual overlap with the “Passing Strangers” clip by Ultravox.

Wiczling drummed on singles by Bill Wyman and Bill Nelson. In 1982, he played on the bulk of Adam Ant‘s debut solo album Friend or Foe (excluding “Goody Two Shoes”). As Count Wiczling, he backed Ant on that tour and rejoined Ant for his 1984 “Apollo 9” single and subsequent Vive Le Rock album.

Also in 1983, O’Neill formed the duo Intro with singer Jacqui Brookes. They released two singles, “Haunted Cocktails” (b/w “Departures”) and “Lost Without Your Love” (b/w “Epic”). Those sides (excluding “Epic”) appear on Brookes’ 1984 album Sob Stories with four other O’Neill co-compositions: “The One That Got Away,” “The Cold Light of Day,” “I’m Not Ashamed,” and “Thin Air.” O’Neill plays bass, guitar, keyboards, and marimba on the album, which also features Wiczling on drums and percussion.

In 1986, O’Neill reteamed with Burns in The Silencers, which scored hits with “Painted Moon” and a rerecording of “Bullet Proof Heart” (as “Bulletproof Heart”) and released 10 albums between 1987 and 2008.

Bow Wow Wow
Bow Wow Wow was an English New Wave band that released two proper albums and assorted singles on EMI...
Zounds
Zounds were an English anarcho-punk band from Oxford that was active between 1977 and 1983. The ba...
The Pepper Porter Band
The Pepper Porter Band were an American hard-rock band from Seattle that released the album Invas...
Debra Laws
Debra Laws (born Sept. 10, 1956) is an American soul singer from Houston who released the album Ve...
Gene Loves Jezebel
Gene Loves Jezebel were a Welsh goth-rock band that was originally active during the 1980s and ear...