2nd Vision were an English jazz-rock band that released the album First Steps on Chrysalis in 1980. The band was a supergroup comprised of members from an array of acts (Soft Machine, Gryphon, Darryl Way’s Wolf). 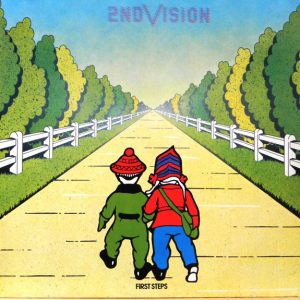 After the project wrapped, Bristow (with Barker) fronted his own namesake trio for one album and (along with Davie and Sanders) backed several folk artists on the Waterfront label. He later joined the Mike Gibbs Orchestra. Ethridge cut discs with Dick Heckstall-Smith and Andy Summers before going solo later in his career. Barker joined Magnum in 1985 and remained until they folded a decade later.