Barış Manço (Jan. 2, 1943 — Feb. 1, 1999) was a Turkish Anatolian rock vocalist,  guitarist, keyboardist, composer, and television personality with a career in entertainment that spanned nearly 30 years. He first shot to local fame during the early 1960s with a sting of singles in the rock ‘n’ roll vein. In 1966, he teamed […] 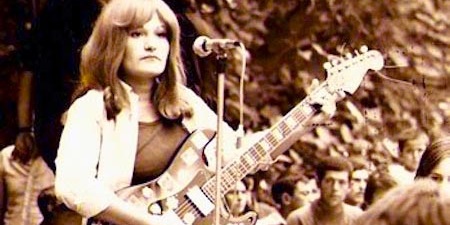 Selda — full name Selda Bağcan — is a Turkish folk-pop singer/songwriter who was active between the early 1970s and mid-2000s. She debuted in 1971 with a handful of singles on Türküola and Sel. Another round of singles appeared on Yaviz between 1972 and 1974, including one with Anatolian rockers Moğollar. In 1976, Selda released […]

Oriental Wind were a multinational avant/ethno-jazz ensemble led by Turkish drummer/percussionist Okay Temiz and featuring various soloists from the Swedish and Polish jazz scenes. The nameplate sprung from the 1977 Temiz album that brought the band together. Of the musicians assembled, pianist Bobo Stenson had made a name for himself on two co-headlining albums with Jan […] 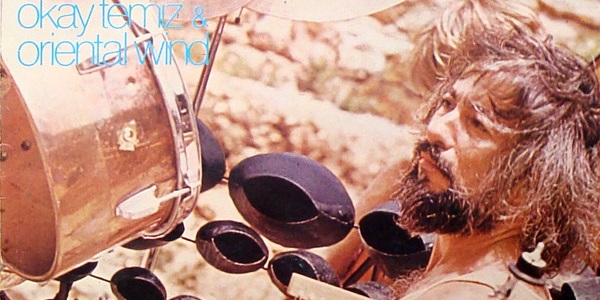 Okay Temiz is a Turkish drummer/percussionist who has played on the international jazz stage since the early 1970s. In November 1969, he backed Don Cherry on the American trumpeter’s gig at the US Embassy in Ankara. A recording from this event was released on Sonet in 1978. In 1971, Temiz backed Swedish arranger Bengt-Arne Wallin […]

Moğollar are a Turkish Anatolian rock band from Istanbul, formed in 1967 by multi-instrumentalist Cahit Berkay. Between 1968 and 1971, the band released an average of four singles per year on Sayan Plak. Over the subsequent three-year period, a half-dozen singles appeared on the Türküola and Yavuz labels. On the 1972 single “Yalan Dünya” / “Kalenin […]

Mustafa Özkent is a Turkish rock/funk/library musician, composer, and producer who released the album Gençlik İle Elele in 1973 on Evren. The album attained international Rare Groove cult status after its reissue on the B-Music and Finders Keepers labels during the mid-2000s. The artist has sporadically issued material in the decades since amid studio commitments […]

Erkin Koray (born June 24, 1941) is a Turkish Anatolian rock guitarist and vocalist with a recording career that spanned the latter third of the 20th century. He debuted in 1966 with a pair of singles on the Sayan and Melodi Plak labels. Between 1967 and 1973, he released an average of two singles per year […]

Edip Akbayram (born Dec. 29, 1950) is a Turkish vocalist and songwriter with a recording career that dates back to the early 1970s. He released a handful of singles circa 1971/72 on assorted labels, followed by a string of shortplayers with Dostlar, his backing band from 1973-onward. Some of the material was collected on an […]

Bülent Ortaçgil (born March 1, 1950) is a Turkish singer/songwriter who was initially active during the mid-1970s and again from the mid-’80s onward. In 1974, he issued the popular Benimle Oynar Mısın album on 1 Numara Plak. A decade later, he began a three-album partnership with fellow folkster Fikret Kızılok. The ’90s would see a return to […]

3 Hür-El are a Turkish Anatolian rock trio comprised of brothers Feridun, Onur, and Haldun Hürel. They were initially active as a recording unit between 1970 and 1976, when numerous singles and two albums appeared on Diskotür. The brothers recorded two further albums during the late 1990s. Members: Feridun Hürel (lead vocals, guitar, saz), Onur Hürel […]