Mandalaband was the symphonic-rock project of English composer/arranger David Rohl. The project yielded a self-titled album on Chrysalis in 1975. The musicians on that recording became Sad Café. The Mandalaband nameplate was resurrected for the 1978 rock-opera The Eye of Wendor: Prophecies, which features Justin Hayward on one track. Members: David Rohl (keyboards), David Durant […]

Slaughter and the Dogs were an English rock band from Wythenshawe, formed in 1975 at the forefront of punk. On July 20, 1976, they played a watershed triple-bill with the Buzzcocks and The Sex Pistols at the Manchester Lesser Free Trade Hall, heralding the city’s musical renaissance. During 1977, Slaughter and the Dogs placed two […]

10cc are an English band that was primarily active between the early 1970s and early 1980s. The band released nine albums and numerous singles between 1973 and 1983. In their initial four-piece lineup, 10cc recorded the choral-layered production landmark “I’m Not in Love.” Following the departure of co-founders Kevin Godley and Lol Creme, the remaining […]

Diagram Brothers were an English art-punk band from Manchester that debuted with a standalone single on self-press Construct Records in 1980. Signed to Buzzcocks-manager Richard Boone’s New Hormones label, the band issued a second single and the album Some Marvels of Modern Science in 1981, followed by the four-song 10″ Discordo in 1982. Members: Andy […] 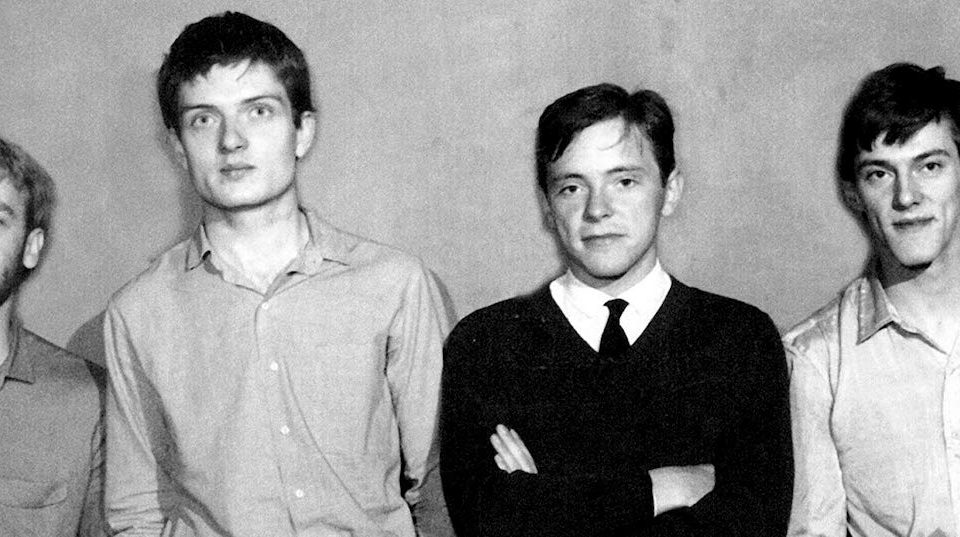 Joy Division was` an English mood-rock/goth band from Salford, Greater Manchester, that issued an EP on self-press Enigma in 1978, followed by two albums and assorted singles on Factory Records during 1979 and 1980. Just as the band was breaking through in the U.K., frontman Ian Curtis took his own life on May 18, 1980. […]

John Howard — aka Howard Michael Jones (born April 9, 1953) — is an English pianist, singer, and songwriter from Bury, Greater Manchester, who released the album Kid in a Big World on CBS in 1975. Further material from the mid-1970s was ultimately released 30 years later across two discs by archivists RPM. Despite releasing […]