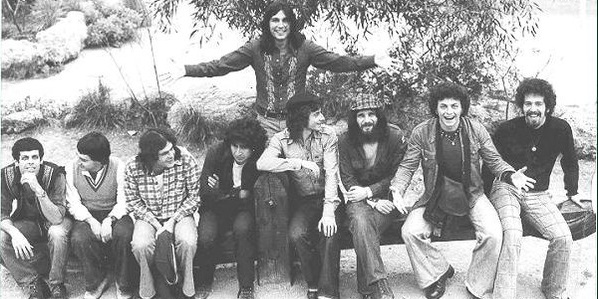 Zingale were an Israeli symphonic/jazz-rock octet that was active during the mid-to-late 1970s. The band released the album Peace in 1977 on Krypton. CD reissues of the album contain six archival tracks from previously unreleased 1974 and 1976 sessions by the band.

Sheshet
Sheshet — ש ש ת — were an Israeli symphonic/jazz-rock band that released an eponymous album in 197...
The Platina
The Platina were an Israeli jazz-rock ensemble that was active from 1971 to 1976, first serving as...
Chava Alberstein
Chava Alberstein (born Dec. 8, 1947) is a Polish-born Israeli folk singer/songwriter and guitarist w...
Kaveret
Kaveret — aka Poogy — were an Israeli art-pop/comedy band that released two albums on Hed Arzi in ...
Jericho
Jericho — aka Jericho Jones — were a London-based Israeli hard-rock band of the early 1970s that e...