Yellow Magic Orchestra was formed in 1978 by veteran musician Haruomi Hosono, who started nine years earlier as the bassist of psych-rockers Apryl Fool. During the early 1970s, he played multiple instruments on three albums with folk-rockers Happy End. Mid-decade, he cut two albums with pop-funksters Tin Pan Alley. He launched his solo career with the 1973 release Hosono House. Concurrently, he played on albums by Inoue Yousui (Ice World, 1973) and Osamu Kitajima (Benzaiten, 1974).

Takahashi had cut three albums between 1973 and 1975 as a member of art-rockers the Sadistic Mika Band. Simultaneously, he partook in the folk combo Buzz, led by his older brother Nobuyuki. As recordings took place for Paraiso, Takahashi used some of the same musicians for his debut solo album Saravah!, including Hosono and Sakamoto.

Sakamoto’s recording career dated back to 1975 with appearances on albums by Lily, Kohei Oikawa, and Kobayashi Masahiro. His first headlining album was the 1976 ALM Records release Disappointment-Hateruma, a free-improv collaborative effort with percussionist Toshi Tsuchitori. In 1977, Sakamoto and Hosono interacted on albums by Taeko Ohnuki (Sunshower), Tatsuro Yamashita (Spacy), and Chu Kosaka (Morning). That same year, Sakamoto played keyboards on four songs (all of side A) on Olive’s Step, the fifth album by jazz-rock guitarist Kazumi Watanabe.

After recordings wrapped on Paraiso and Saravah!, Sakamoto recorded his debut solo album Thousand Knives of with backing by Hosono, Takahashi, and Watanabe. Also in 1978, Hosono recorded two further solo albums: Cochin Moon (co-billed to Tadanori Yokoo with help from Sakamoto) and Pacific (co-billed to Shigeru Suzuki and Tatsuro Yamashita with appearances by Sakamoto and Takahashi).

In July 1978, Hosono enlisted Sakamoto and Takahashi for a studio-based project fusing electronic music with exotica. Intended as a one-off, it was released on Alfa that November as Yellow Magic Orchestra. The album’s success made YMO an ongoing concern. 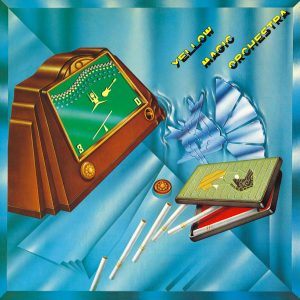 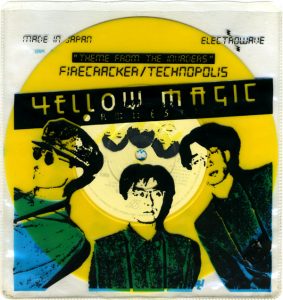 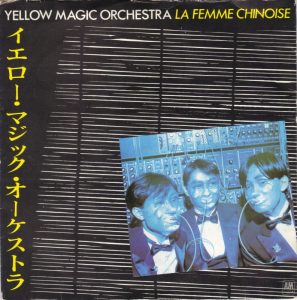 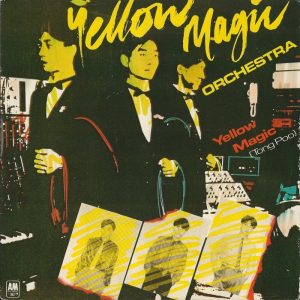 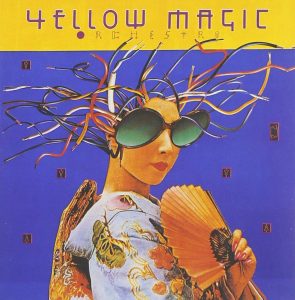 In May 1979, Yellow Magic Orchestra appeared in the United States on A&M. 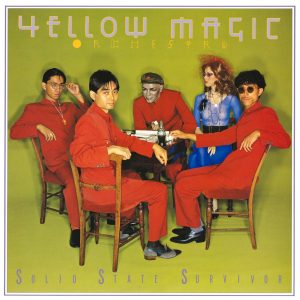 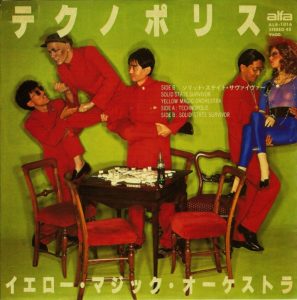 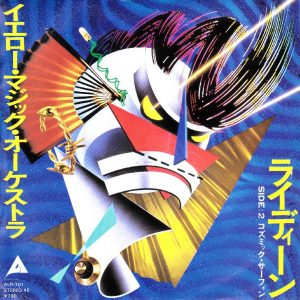 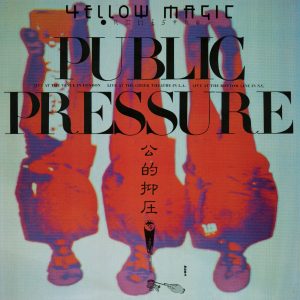 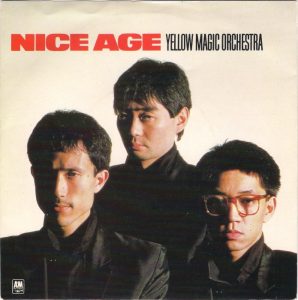 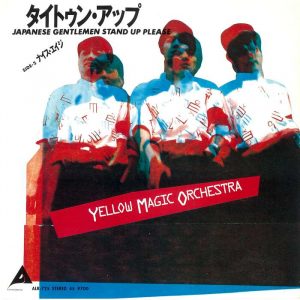 In the US, an alternate version of X∞Multiplies appeared in late July as a 12″ EP on A&M. 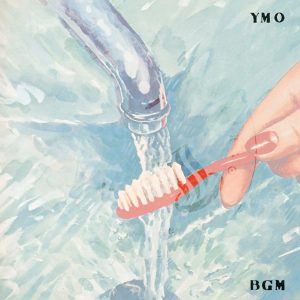 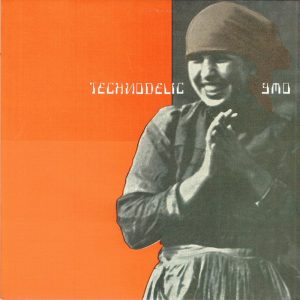 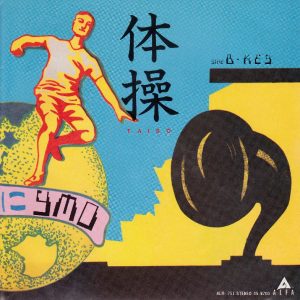 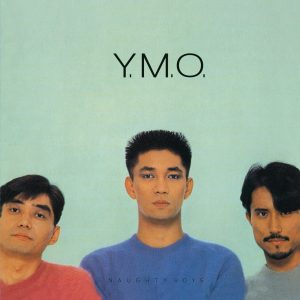 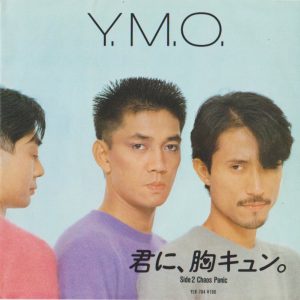 In July 1983, Alfa issued Naughty Boys Instrumental, a collection of remixed tracks from the album proper. 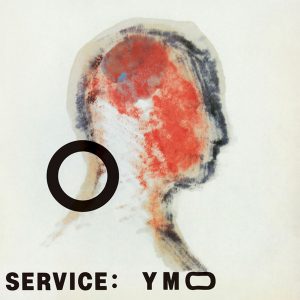