Starting under the auspices of trumpeter/bandleader Cootie Williams at the outset of the 1950s, Jackson lent his talent to other artists throughout much of his first decade as a performer, most notably behind vocalist Little Willie Johnson.

Signing to the Prestige label, the saxist debuted with Please Mr. Jackson (1959). This was followed by the 1960 albums Cool “Gator” and Blue Gator, titles that played on his newly adopted nickname. Jackson’s recordings during this era bore the heavy sonic imprint of his chief sideman, organist Jack McDuff.

A slew of albums followed throughout the 1960s, each honing “Gator” Jackson’s sax/organ soul-jazz formula. During the early 1970s, he embraced a more contemporary sonic arsenal, a move that placed him in the margins of jazz-funk. 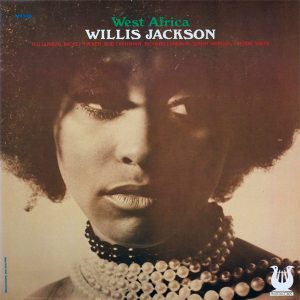 On his 1974 release West Africa, Jackson merges light, familiar arrangements with the rhythmic rumbles of the album’s title-sake territory. Candlelight fare like “A House Is Not a Home” and “I Love You, Yes I Do” set the saxist’s billowing, fluid lines to the becalmed, sustained fills of keyboardist Mickey Tucker, who plays Rhodes on the former cut and organ on the latter. By contrast, “Fungii Mama” and the title-track wiggle and romp to the sub-Saharan jungle rhythms of percussionists Sonny Morgan and Richard Landrum. 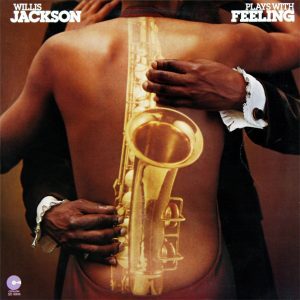 With an expanded studio ensemble, Jackson courts the Bicentennial zeitgeist on Plays With Feeling (1976). The buoyant “Racubah” — with its frenzied rhythms and flowering horn/string opulence — hears the now-fortysomething saxist blowing at his heaviest. “Singing Bass” plays along similar lines, with geyser-like spurts of violin and sax against a bedrock of wah-punctuated precision.

The thick, bassy middle-groove of “Do It, Do It” unleashes a tangling filigree of oozing fuzztone, striking strings, punching brass, and come-hither sighs. Similar characteristics pervade “Something Good,” with greasy fretwork soaked in bows and blows aplenty. A rare moment of respite is offered in “The Young Man With a Horn,” which billows away as promised amidst the down-tone backdrop of F-sharp minor.

Jackson would release a further handful of albums into the next decade, mostly on Muse Records. Slowing as the 1980s advanced, he passed in 1987 at age 55 from complications following heart surgery.