Wanka were a Canadian hard-rock band from Toronto that released The Orange Album on Axe Records in 1977. 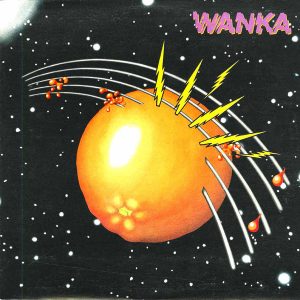 Wanka was formed in the early 1970s by two English transplants on the Toronto scene: bassist Chris Gibb and guitarist Mark Prickett. Rounded out by three local musicians, the band worked the Ontarian bar circuit. They signed to Axe in late 1976 and released The Orange Album in 1977. It features seven originals, mostly written by Gibb, Prickett, and lead guitarist Howard Samuel. The songs include “Get Ahead,” “Wrong Door,” “Say No More,” and “I Want You (By My Side).” The album was produced by Terry Brown (Rush, Klaatu, Max Webster, BB Gabor). In 2007, the album was given a 30th anniversary reissue with five live bonus tracks.

Iggy Pop
Iggy Pop is an American rock singer who rose to infamy as the frontman of proto-punks The Stooges, w...
The Manhattan Transfer
The Manhattan Transfer are an American vocal group from N.Y.C., formed in 1969 by swing enthusiast...
Frannie Golde
Frannie Golde — aka Francine Vicki Golde — is an American songwriter from Chicago. Discography: ...
Steeleye Span
Steeleye Span was an English folk-rock band from London that debuted with an album on RCA Victor i...
Syl Johnson
Syl Johnson — aka Sylvester Thompson (born July 1, 1936) — is an American soul singer from Holly S...