U2 sprung from a jam session called together in September 1976 by 14-year-old drummer Larry Mullen Jr., who posted a musicians wanted ad on the notice board at Dublin’s Mount Temple Comprehensive School. Six teenagers responded to the ad, including singer Paul Hewson (16), bassist Adam Clayton (16), and guitar-playing brothers David (15) and Dik Evans (19). The embryonic band rehearsed for the next six months under the name Feedback. They started as a covers act but soon took inspiration from the nascent New Wave movement (The Clash, The Stranglers, The Boomtown Rats).

In April 1977, Feedback changed its name to The Hype and started performing on the Dublin school circuit. Eleven months later, they changed their name a final time to U2, taken from the U.S. spy plane that was shot down over Russia in 1960. The name was suggested by band-friend Steve Averill, then-vocalist of Dublin punks The Radiators from Space.

Around this time, Hewson was given the nickname Bono Vox — derived from bonavox (Latin for “good voice”) — by his friend Gavin Friday. David Evans was nicknamed “The Edge,” purportedly by members of Bono’s surrealist street gang, in reference to his playing style. The older Dik Evans decided to leave the band, thus trimming U2 to its classic four-piece lineup. (Dik and Friday eventually teamed with another Bono pal, Guggi, in goth-rockers The Virgin Prunes.)

U2 got their first break in March 1978 when they won a talent contest sponsored by the Evening Press. Their reward consisted of £500, demo time at Keystone Studios, and an audition with CBS talent scouts. That summer, they were taken under the managerial wing of assistant film director Paul McGuinness, who also managed folk-rockers Spud. Further studio time followed as the band became a live attraction across Dublin. 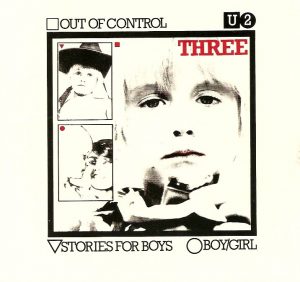 In August 1979, U2 recorded a batch of originals at Dublin’s Windmill Lane Studios. Three of those songs — “Out of Control,” “Stories for Boys,” “Boy–Girl” — were issued the following month by CBS on the Irish-only EP Three. That December, they flew to London and cut their second single, “Another Day” (b/w “Twilight”). It was released by CBS on February 26, 1980, the same day they performed before 2,000 at Dublin’s National Stadium. Immediately afterwards, they were signed to Island Records with an advance of £50,000. 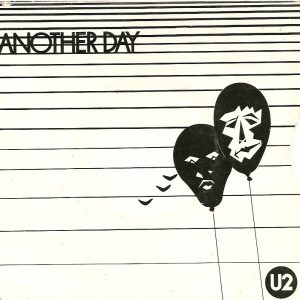 On February 26, 1980, U2 released second single, “Another Day.” They would later rerecord the b-side, “Twilight,” for their debut album. 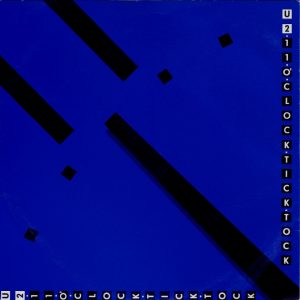 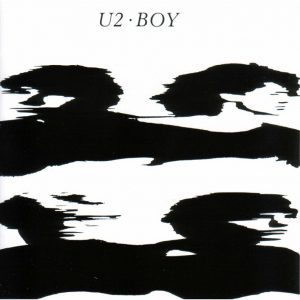 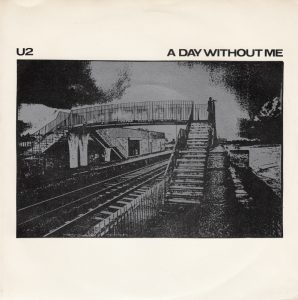 “A Day Without Me” appeared two months in advance of Boy as a single, backed with the non-album “Things to Make and Do.” 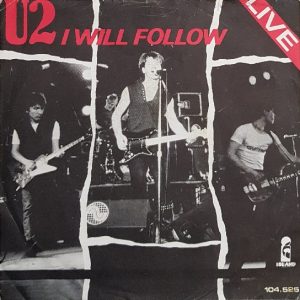 In late October, U2 lifted “I Will Follow” as the album’s second single, backed with a live version of “Boy–Girl” from a recent show at London’s Marquee Club (9/22/80). 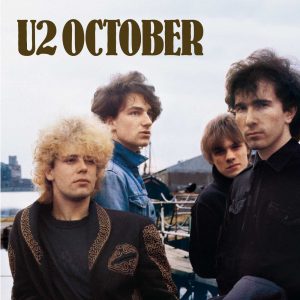 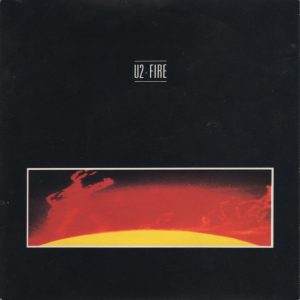 “Fire” appeared in July 1981 as an advance single, backed with the exclusive “J. Swallo.” 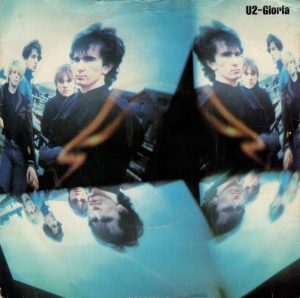 U2 accompanied October with a single release of “Gloria,” backed with a live version of “I Will Follow” from a prior winter show at the Rock Club in Boston, Mass. (3/6/81). 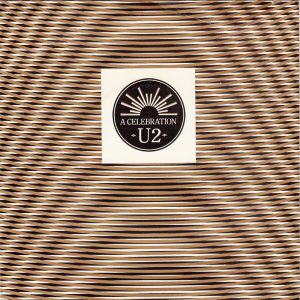 On March 22, 1982, U2 released “A Celebration” as a standalone single. The b-side, “Trash, Trampoline and the Party Girl,” became a live staple under the shortened title “Party Girl.” 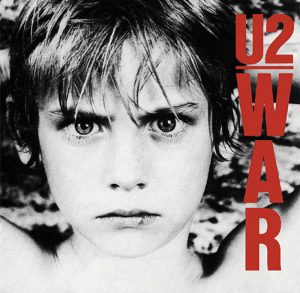 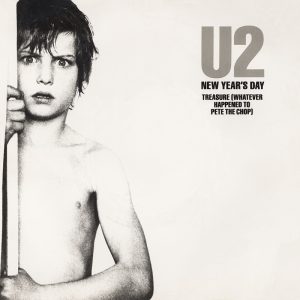 “New Year’s Day” appeared on January 10, 1983, as the lead-off single, backed with the non-album “Treasure (Whatever Happened to Pete the Chop).” 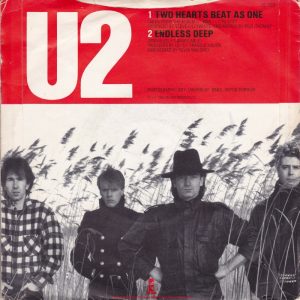 In late March, “Two Hearts Beat as One” appeared as the second single, backed with the exclusive “Endless Deep.” 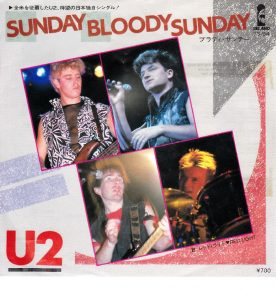 In the Netherlands and Germany, Island lifted “Sunday Bloody Sunday” in lieu of “Two Hearts” as the second War a-side, also backed with “Endless Deep.” 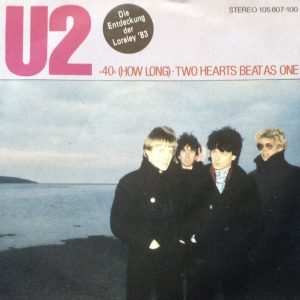 In August, Island Germany lifted “40” as the album’s fourth and final a-side.

Under a Blood Red Sky 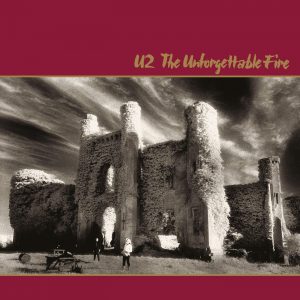 U2 released their fourth studio album, The Unforgettable Fire, on October 1, 1984, on Island. 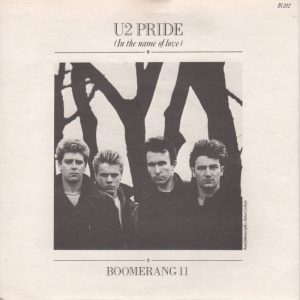 “Pride (In the Name of Love)” appeared in September as an advance single, backed with the non-album “Boomerang II.” A 12″ version contains a longer version of “4th of July” (2:38) and an instrumental version of the b-side, “Boomerang I.” 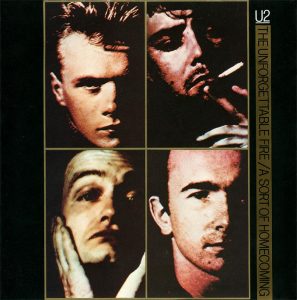 In late April 1985, U2 lifted “The Unforgettable Fire” as the second single, backed with a live rendition of “A Sort of Homecoming” from Wembley (11/15/84). In the British Isles, the single also appeared as a double-7″ with three non-album tracks: “Love Comes Tumbling,” “Sixty Seconds in Kingdom Come,” and “The Three Sunrises.” An alternate 12″ version (UK, Germany, Canada) swaps “Sixty Seconds” for another exclusive, “Bass Trap.”