Tudor Lodge was an English folk-rock trio from Reading, Berkshire, that released a self-titled album on Vertigo in 1971.

Tudor Lodge formed in 1968 as the duo of Reading musicians John Stannard and Roger Strevens, who cleared out for Lyndon Green the following year. In 1970, American singer Ann Steuart joined Stannard and Green. Months later, they signed to Vertigo Records, which issued their eponymous album in 1971. 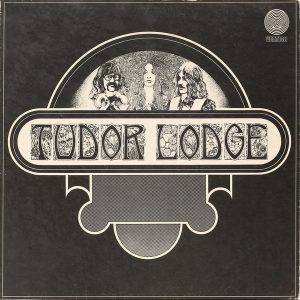 Tudor Lodge features 12 tracks, including the Stannard compositions “It All Comes Back to Me,” “Would You Believe?,” “Nobody’s Listening,” and the Green co-writes “Two Steps Back” and “The Lady’s Changing Home.” The album’s one non-original is a cover of the Ralph McTell composition “Kew Gardens.” The original Vertigo release features a unique six-way foldout cover with lyrics and intricate line drawings of the members. The album was produced by Terry Brown (Billy Connolly, Martin Carthy, Everyday People) with guest appearances by guitarist Mike Morgan (Alan Tew Orchestra) and assorted classical players on strings and horns.

Also in 1971, Steuart sung backing vocals on the all-star eponymous album by singer/songwriter Colin Scot. Before the year was out, she left Tudor Lodge, which toured the Netherlands in early 1972 with Linda Peters (later Thompson) in her place. They soon disbanded but regrouped in later decades as a touring concern. Between 1997 and 2016, the band released seven discs, mostly on self-press Cast Iron Recordings.

Tudor Lodge was first reissued in 1988 by archivists Zap! alongside titles by Locomotive and Forest. The album has since been reissued more than a dozen times by regional specialty labels, including Akarma, Si-Wan, Esoteric, and Repertoire Records. Original copies of the 1971 Vertigo release now trade high dollars on the collector’s market.