Trapeze was an English hard-rock band that released three albums on Threshold between 1970 and 1972. After the departure of bassist/singer Glenn Hughes for Deep Purple, guitarist Mel Galley led Trapeze for two albums on Warner in 1974/75 and a final on Aura in 1978. Galley later worked with Cozy Powell and Whitesnake and re-teamed with Hughes in the hard-rock super-project Phenomena. Drummer Dave Holland joined the 1980s lineup of Judas Priest.

That July, they were filmed performing Rowley’s “Send Me No More Letters” for an episode of BBC2’s Colour Me Pop. The exposure and ensuing raves earned the band contract offers from The Beatles‘ Apple Records and The Moody Blues‘ Threshold Records. Trapeze took the latter option, assuming it would grant them more creative freedom.[1] Moodies bassist John Lodge produced their first two albums. 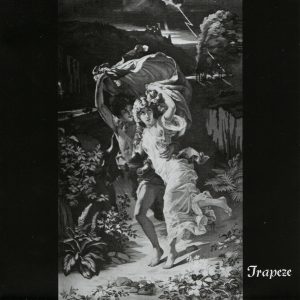 During winter 1969–70, Trapeze recorded their self-titled debut album at London’s Morgan and Decca studios. The finished product, released in May 1970, features 10 proper songs, including the brisk/harmonized “The Giant’s Dead Hoorah!,” the dark/subdued “Nancy Gray,” and the acoustic-picking “Am I,” all composed by Hughes, who also co-wrote the cowbell/boogie-rocker “Wings” and the declamatory “Another Day.”

Jones and Galley co-wrote four numbers, including the bass/Hammond wallop “Suicide,” the swelling/open-cadence “It’s My Life,” and the seven-minute “Fairytale/Verily Verily/Fairytale,” an organ gallop interspersed with jazzy runs and a rhythmless folk-harmony passage. The penultimate piano/strings number “Send Me No More Letters” was issued in advance as a single. Galley’s faint prelude/reprise miniature “It’s Only a Dream” bookends the album.

Though Jones was designated as the band’s lead singer, Hughes handles all the lead vocals on Trapeze. This was done at the urging of the band’s management, which deemed Hughes the stronger singer. Three month’s after the album’s release, Jones and Rowley returned to The Montanas, cutting Trapeze down to the trio of Hughes, Galley, and Holland, who proceeded in a hard-rock powertrio format. 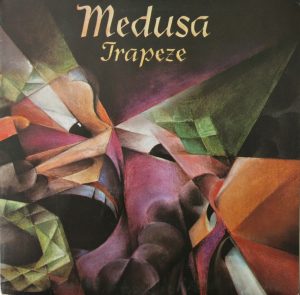 Later that summer, Trapeze were back in Morgan Studios cutting tracks for their second album, Medusa, released in November 1970. It features seven songs, including the lurching “Makes You Wanna Cry,” the contrapuntal funk-rocker “Your Love Is Alright,” and the circular/uptempo “Touch My Life.” All tracks are in the four-to-six-minute range, save for the eight-minute “Jury,” which slowly changes from a dark downer to a caterwauling, octave-chordal riff-fest. The raunchy opener “Black Cloud,” with its terse, angular progression and rising vocals, was issued in advance as the album’s sole single. Galley co-wrote five of the songs, including four with his non-performing brother Tom. Hughes contributed the slow, plaintive “Seafull” and swelling title-track.

Cleves
Cleves was a New Zealander psych-rock band that released a self-titled album on Festival-subsidiary ...
Crack
Crack was the supposed name of an American hard-rock/psych band whose music was released on the a...
The Moirs
The Moirs were an Australian vocal trio comprised of Scottish-born sisters Jean, Margot, and Lesley ...
Grace
Grace were an English modern-rock band from Stoke-on-Trent that released a self-titled album on Cl...
Peter Allen
Peter Allen — aka Peter Richard Woolnough (Feb. 10, 1944 — June 8, 1992) — was an Australian pianist...