Touch were an American psych-rock band from Portland, Ore., that released a self-titled album on London-subsidiary Coliseum (U.S.) and Deram (U.K.) in 1969.

Touch emerged from the final lineup of Portland popsters Don & The Goodtimes, which featured vocalist Jeff Hawks, guitarist Joey Newman, and namesake keyboardist (and one-time Kingsmen) Don Gallucci. Enlisting a new rhythm section, they relocated to the Hollywood Hills to work on material. In early 1969, they masqueraded as Band of Thieves behind folk singer Elyse Weinberg (aka Cori Bishop) on the album Elyse. 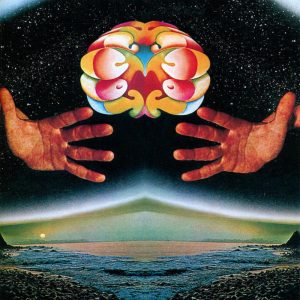 The album Touch was released in 1969 on the LA-based Coliseum Records. It features seven originals, including “We Feel Fine,” “Friendly Birds,” “The Spiritual Death of Howard Greer,” “Alesha and Others,” and the 11:47 epic “Seventy Five.” The songs were written by Gallucci, four in collaboration with Newman and two with Hawks. The tracks were laid at Sunset Sound Recorders and produced by Gene Shiveley, whose contemporary credits include albums by The Rolling Stones (Beggars Banquet) and Captain Beefheart (Strictly Personal). The cover art for Touch is credited to design firm The Glass Eye, which also did the artwork for The Moth Confesses by The Neon Philharmonic.

Touch was later reissued as 20-20 Sound by archivists Renaissance Records with bonus tracks, including the 11:44 “Blue Feeling.”