Totty were an American hard-rock/boogie band from Tulsa that released two albums on self-press Our First Record Company between 1977 and 1981. The band centered on the musical partnership of brothers Dennis and Bryon Totty.

The Totty brothers first emerged in the power-trio Cedric. Roger Roden was the pair’s first in a series of drummers. By 1975, the pair were gigging as Starstream Bodine with drummer George Cooper. It was this lineup that recorded six songs for an intended promo EP. After Cooper moved out of state, the brothers decided to make it a full-length album with three additional songs. Roden and a third local drummer, David Blue (of the band Bliss), were roped in to complete the sessions. 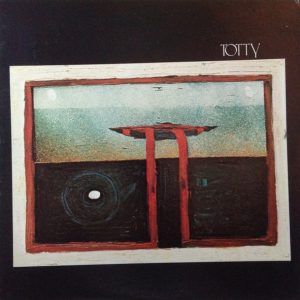 The album Totty was hand-pressed as a promo release in 1976. It sparked local interest and radio support, which prompted the brothers to give the album an official release. In 1977, the album was issued on their locally funded startup Our First Record Company. It features nine Totty/Totty originals, including “Crack In the Cosmic Egg,” “Wicked Truth,” “I’ve Done Made Up My Mind,” and “Trying To Forget You.”

The band toured the region and played opposite ZZ Top, Grand Funk Railroad, Patti Smith, and Talking Heads. Totty’s second album, Too, appeared on OFRC in 1981. Drums were played on this release by David Blue. In 1993, the trio released the three-track CD Rock-n-Okie Roll as The Totty Brothers.

So & Co
So & Co were a French avant-psych band that released a self-titled album on Pathé in 1975. Th...
Ronnie Montrose
Ronnie Montrose (Nov. 29, 1947 — March 3, 2012) was an American guitarist who recorded four albums...
Labelle
Labelle were an American soul-funk trio from Philadelphia that emerged from the 1960s vocal act Pa...
Gary Ogan
Gary Ogan is an American singer/songwriter from Portland, Ore. Discography: Portland (1972 •...
Rick Saucedo
Rick Saucedo (born Nov. 20, 1955) is an American singer, musician, and actor from Chicago who has...