The Psychedelic Furs are an English New Wave/psych band from London that released six albums on CBS between 1980 and 1989, followed by a seventh on EastWest/Columbia in 1991.

The nucleus of the Psychedelic Furs was formed in February 1977 by singer Richard Butler (b. June 5, 1956) and his bassist brother Tim Butler (b. Dec. 7, 1958). The pair were joined by saxophonist Duncan Kilburn, drummer Paul Wilson, and guitarist Roger Morris. This iteration of the band dubbed itself RKO, then changed its name to Radio. In 1979, drummer Vince Ely replaced Wilson and John Ashton joined as a second guitarist. (Both hailed from ’77 shortplayer punks The Unwanted.) The six-piece gigged briefly as The Europeans — a name already in use by a Bristol synthpunk quartet — before settling on The Psychedelic Furs.

The word “psychedelic” was chosen to distinguish the band from their punk/New Wave contemporaries, many of whom vocally rebuked the legacy of late-’60s rock. (Ironically, this word choice coincided with the appropriation of psychedelic sounds by fellow post-punkers Echo & the Bunnymen and Siouxsie & the Banshees). 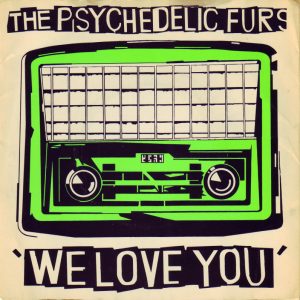 In September 1979, The Psychedelic Furs were signed by CBS Records, which issued their first single, “We Love You” (b/w “Pulse”), the following month. Both tracks were included on the band’s self-titled debut album, released in March 1980 and produced by Steve Lillywhite (Ultravox, XTC, The Piranhas, U2). 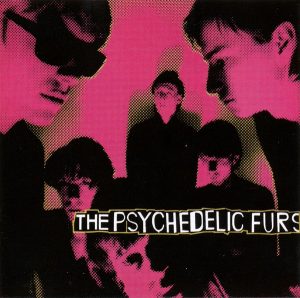 The original UK version of The Psychedelic Furs contains seven additional songs, including “Sister Europe,” “Imitation of Christ,” and “Wedding Song.” In the U.S., the album was issued on Columbia with an altered 10-track order and a black-and-white cover. The song “Blacks/Radio” was omitted stateside in favor of two newer songs, “Susan’s Strange” and “Soap Commercial,” both produced by Martin Hannett (Joy Division, The Durutti Column, Magazine, A Certain Ratio). Musical characteristics of the album include psych-tinged guitar layers, simmering sax lines, and Richard Butler’s trademark raspy vocals. 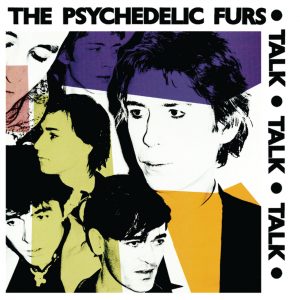 The Psychedelic Furs released their second album, Talk Talk Talk, in June 1981 with Lillywhite retained as producer. It features 10 songs, including the fan favorites “Into You Like a Train,” “I Wanna Sleep With You,” and “All of This and Nothing.” The album spawned three singles: “Dumb Waiters,” “Mr. Jones,” and “Pretty in Pink.” The last of those was accompanied with a video that became a staple of the fledgling U.S. cable channel MTV. Collectively, the songs marked a turn toward tighter riffs and sharper vocal melodies.

The Furs’ lineup was trimmed to a four-piece by the 1982 departures of Morris and Kilburn. The band’s third album, Forever Now, was issued that September. It features 10 originals, including “President Gas,” “Sleep Comes Down,” “Merry-Go-Round” (renamed “Yes I Do” in the U.S.), and the title-track. The release was preceded by the xylo-laced “Love My Way,” an iconic staple of MTV and ’80s modern-rock radio. The tracks “Danger” and “Run and Run” were also released as singles. The album was produced by Todd Rundgren and recorded at his Utopia Sound Studio in Lake Hill, New York. 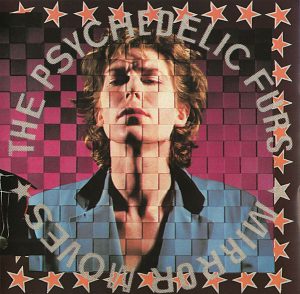 Ely left the band in 1983 and the Furs entered the studio with producer Keith Forsey (Generation X, Billy Idol, Icehouse, Nina Hagen), who became their de facto drummer for the resulting Mirror Moves, released in 1984. The four songs that comprise side one were all issued as singles: “Heaven,” “The Ghost in You,” “Here Come the Cowboys,” “Heartbeat.” Side two contains five songs, including “Highwire Days,” “Only a Game,” and the fan-favorite “Alice’s House.” Recording sessions took place at LA’s Westlake Audio and New York’s Electric Lady and Record Plant studios. 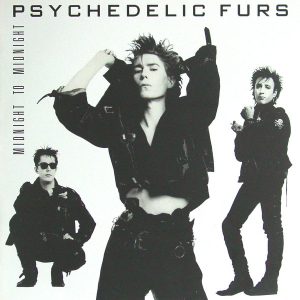 In 1986, the three-man Furs rerecorded “Pretty in Pink” for the soundtrack to the namesake John Hughes teen drama. The film brought newfound popularity to the band in the U.S. Their next album, Midnight to Midnight, was recorded at Berlin’s Hansa Tonstudio and New York’s Bearsville Studios and released in February 1987. The original LP release contains nine songs, including “All of the Law,” “No Release,” and the radio-rotated “Heartbreak Beat” (U.S. #26). Production duties were handled by Chris Kimsey (Peter Frampton, Strapps, Marianne Faithfull, Novo Combo, Fingerprintz). The trio were augmented for these sessions by drummer Paul Garisto and jazz saxophonist Mars Williams (Fred Frith, Swollen Monkeys, Power Station, Rubber Rodeo).

Ely rejoined the Furs in 1988 and they recorded the track “All That Money Wants” for the compilation All of This and Nothing. He stayed for their sixth studio album, Book of Days, released in October 1989 and produced by David M. Allen (The Chameleons, Depeche Mode, The Mission, The Associates, The Human League).

The Psychedelic Furs were cut once again to the trio of Ashton and the Butler brothers on the 1991 release World Outside, their last album for 29 years. During the ensuing decade, the Butler’s recorded as Love Spit Love. The Furs regrouped in 2000 as a live concern and released their eighth studio album, Made of Rain, in 2020.