The Jam was an English trio that was active as a recording unit during the late 1970s and early 1980s. Led by the outspoken, musically eclectic, and lyrically exploratory vocalist/guitarist/songwriter Paul Weller, the band scored eleven UK Top 20 singles between 1978 and 1982, including four chart-toppers. Over the course of six albums, the band evolved from a traditional power-trio sound to embrace album-length conceptual themes, state-of-the-art production techniques, and a plethora of cross-cultural idiomatic elements.

The Jam’s origins date back to 1972, when Woking youths Paul Weller and Steve Brookes held jam sessions after school — a practice from which the budding unit would soon derive its name. By late 1973, Foxton and Buckler — both three years older than the founding pair — had entered the fold and the band started gigging local venues.

In 1974, 16-year-old Weller became fascinated with the period in UK pop that immediately predated his own awakening. After close study of the mid-1960s mod aesthetic and beat-combo sound, he adopted these traits into his music and presentation. This somewhat iconoclastic approach would help set The Jam apart as the band made inroads on the London club scene during the mid-1970s. Amidst these developments, Brookes departed and the band opted to carry on as a trio. 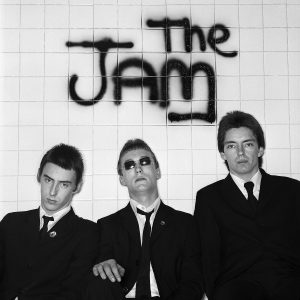 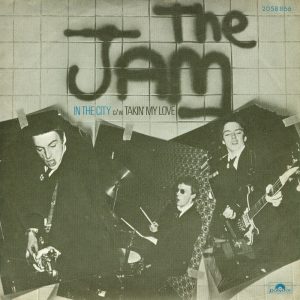 On April 15, five weeks before the album hit shelves, “In The City” appeared as an advance single, backed with “Takin’ My Love.”

“All Around the World” 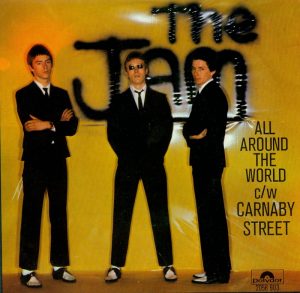 On July 15, 1977, The Jam released “All Around the World,” a clarion call backed with the Foxton exclusive “Carnaby Street.”

This Is the Modern World 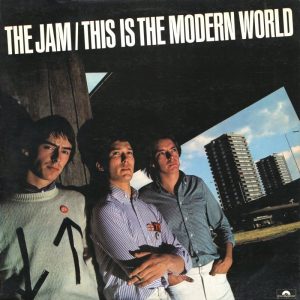 The Jam released their second album, This Is the Modern World, on November 18, 1977, on Polydor. 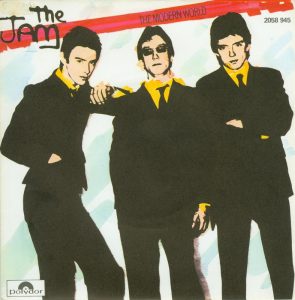 The album’s semi-title track, “The Modern World,” appeared in late October as an advance single, backed with the sixties R&B covers “Sweet Soul Music,” “Back In My Arms Again,” and a partial rendition of “Bricks and Mortar.”

“News of the World” 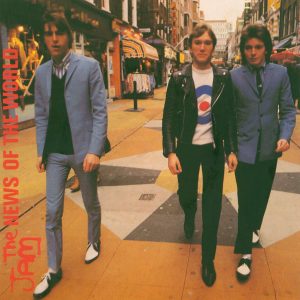 On February 24, 1978, The Jam released “News of the World,” Foxton’s broadside against the slanted, sensationalized corporate news media. It’s backed with Weller’s “Aunties and Uncles (Impulsive Youths)” and another Foxton exclusive, “Innocent Man.” 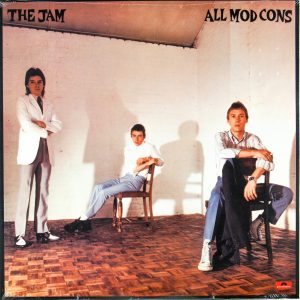 The Jam released their third album, All Mod Cons, on November 3, 1978, on Polydor. 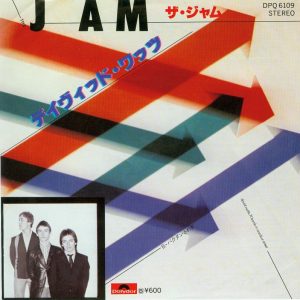 “David Watts” and “‘A’ Bomb In Wardour Street” appeared ten weeks before the album (August 18) as an advance double-a-side. 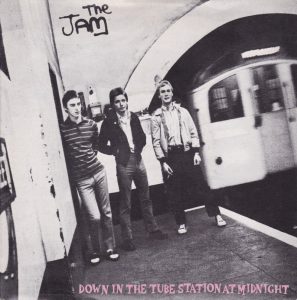 On October 13, “Down In the Tube Station at Midnight” appeared as the second advance single, backed with two non-album cuts: the Who cover “So Sad About Us” and Foxton’s “The Night.” 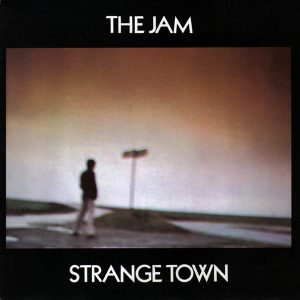 On March 9, 1979, The Jam released “Strange Town,” a modulating rocker about foreign shock. The b-side, “The Butterfly Collector,” is a slow, danceable mood rocker with a staccato guitar pattern over a stark sonic backdrop.

On August 17, 1979, The Jam released “When You’re Young,” an uptempo harmony rocker with crackling basslines; backed with Foxton’s “Smithers-Jones.” 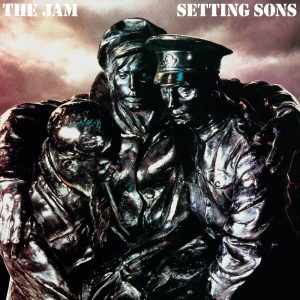 The Jam released their fourth album, Setting Sons, on November 16, 1979, on Polydor. 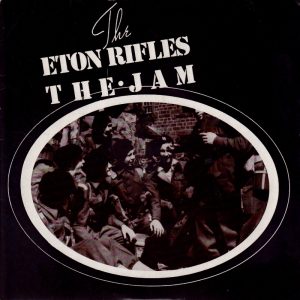 “The Eton Rifles” appeared in late October as an advance single, backed with the non-album “See Saw.” 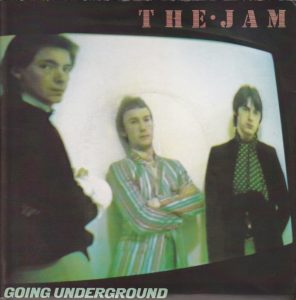 On March 14, 1980, The Jam released “Going Underground,” an anthemic number about disillusionment with the political process. 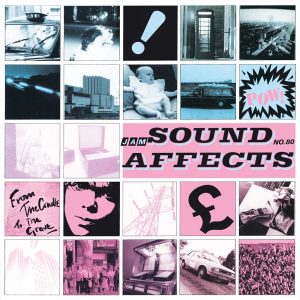 The Jam released their fifth album, Sound Affects, on November 28, 1980, on Polydor. 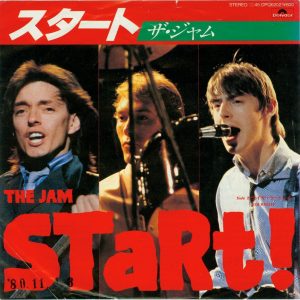 “Start” appeared in mid-August as an advance single, backed with the non-album “Liza Radley.” The 7″ version of “Start” is trumpet-free and shorter (2:16).

In January 1981, Dutch Polydor lifted “That’s Entertainment” as a second Sounds Effects a-side, backed with a live version of “Down in the Tube Station at Midnight.” 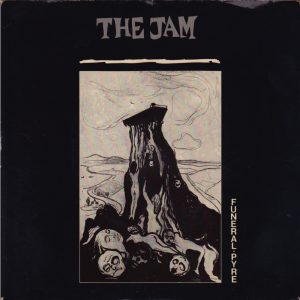 On May 29, 1981, The Jam released “Funeral Pyre,” a dark martial rocker with a semi-tone riff. The b-side is a cover of the Townshend composition “Disguises” from the 1966 Who EP Ready Steady Who. 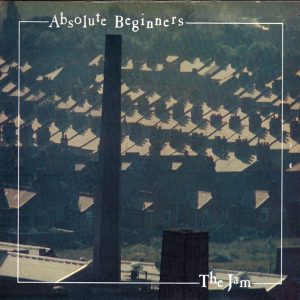 In October 1981, The Jam released “Absolute Beginners,” a brassy R&B number backed with the psychedelic “Tales From the Riverbank.” 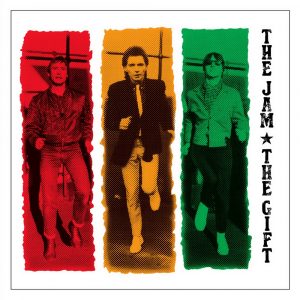 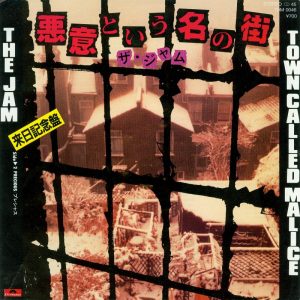 In late June, Dutch Polydor lifted “Just Who Is The 5 O’Clock Hero,” backed with two exclusive cuts: Weller’s “The Great Depression” and the Motown classic “War,” a 1970 hit for Edwin Starr.

“The Bitterest Pill (I Ever Had to Swallow)” 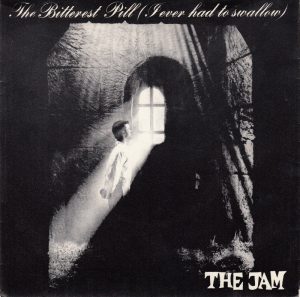 On September 10, 1982, The Jam released “The Bitterest Pill (I Ever Had to Swallow),” a string-laden ballad backed with “Pity Poor Alfie” and a cover of the jazz standard “Fever.” 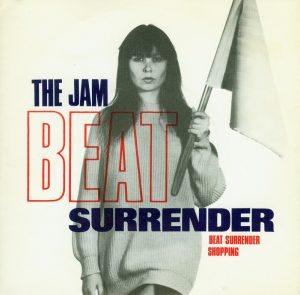 In December 1982, Polydor issued Dig the New Breed, a collection of fourteen Jam live numbers recorded between September 1977 and the April 1982 Scottish tour.

The Beat
The Beat was an English New Wave/ska-reggae band from Birmingham that debuted with a single on 2 T...
Teri DeSario
Teri DeSario (born Nov. 27, 1951) is an American pop vocalist from Miami. Discography: Pleas...
Dave Valentin
Dave Valentin (April 29, 1952 — March 8, 2017) was an American flutist from the Bronx. Discograp...
Ragnarok
Ragnarok was a New Zealander symphonic/space-rock band that released a self-titled album on small-pr...
Kenny Barron
Kenny Barron (born June 9, 1943) is an American jazz pianist from Philadelphia. Discography: ...