Spheroe was a French jazz-rock band that released a self-titled album in 1977, followed by Primadonna in 1978, both on the specialty label Cobra.

In 1976, Spheroe composed music for a theatrical production by director Georges Lavaudant and author Pierre Bourgeade. That December, members of the band were invited to join Magma, then undergoing a lineup shuffle. 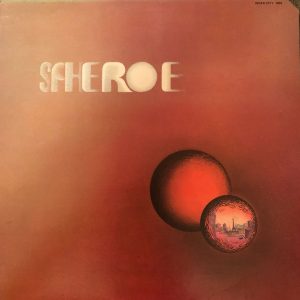 Spheroe released their self-titled album on Cezame-subsidiary Cobra (Heldon, Hydravion, Lard Free, Patchwork) in 1977. It features seven originals, including “Contine,” “Vendredo au Golf Drouit,” and “Deconnection.” Each side begins with a 12-minute piece: “Black Hill Samba” and “Chattanooga,” both composed by Maimone, who plays the Moog, ARP, and Korg synthesizers in addition to piano and vibraphone. The album was recorded in February 1975 at Diagram Studio, Saint-Etienne, and co-produced by Garel and engineer Denis Brazier (Marvelous Band, Pulsar, Workshop De Lyon). The following year, a stateside pressing appeared on the New York jazz label Inner City Records. 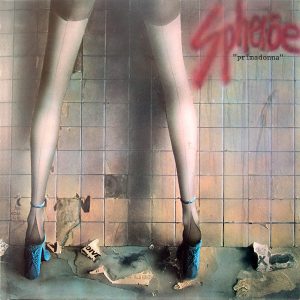 In 1978, Sphereo released their second album Primadonna, again on Cobra with Garel at the console. It features five songs per side, including “Janata Express,” “Arlecchino,” “Cocorido,” and “Matin Rouge.” Maimone wrote/co-wrote half the tracks with three credits apiece by Garel and Perez, plus two by Bayonne. The album was recorded at Aquarius Studios, Geneva, and engineered by Jean Ristori (Mainhorse, Refugee, Patrick Moraz).

Maimone and Garel played on the 1979 album Avec du Bleu by ex-Chico Magnetic guitarist Bernard Lloret and the maxi-single 80 by the guitar duo André Tartaglione and Jean De Antoni. In 1980, Maimone cut a single with New Wavers Villa Borghese. Between 1983 and 1987, he made two albums in the synthpop duo Angel Maimone and released his first solo album, Musiques de Gérard Maimone.

Perez played on the first of two albums by jazz-funksters Horn Stuff, released in 1981. He then formed his own jazz combo for the albums Kaléidoscope (1982) and Virgile (1985), followed with sporadic activity in subsequent decades. Bayonne issued the 1982 solo album Eyano and played on numerous French pop albums during the 1980s.

Both Spheroe albums were reissued on CD in 1998 by Musea.