Silk were an American soul trio that released two albums on Prelude Records in 1977. (Not to be confused with the seven-piece soul-funk Silk that evolved out of Anglo-Saxon Brown.)

Silk were formed in Los Angeles in 1976 by Chicago-born vocalist and songwriter Maurice Jackson. Singers Eric Thomas and Arthur Reid completed the trio. Jackson and Thomas hailed from soulsters The Independents; Reid from the Operation Push Choir. At one point, the project included female vocalists Marlena Jeter, Maxi Anderson, and Gwen Machu. Late that year, Silk issued the single “Party” (pt. 1 & 2) on Prelude/Pye. 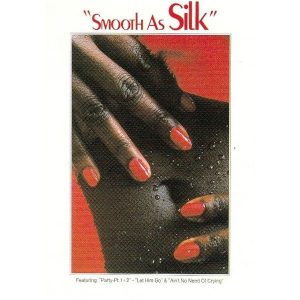 Silk released their first of two Prelude albums, Smooth as Silk, in early 1977. It features both sides of the preceding single and eight additional songs (seven originals), including “Call Me,” “Live While You Can,” “On Fire,” “I Know I Didn’t Do You Wrong,” and “Let Him Go.” The track “Ain’t No Need of Crying” was issued as their second single. It was written by the album’s producer, Stax-vet David Porter.

The group’s second album, simply titled Silk, appeared in late 1977. It was produced and arranged by Gene Barges. Of the nine songs, six are group compositions. The album yielded no singles and the group folded soon thereafter.

Queen
Queen was an English rock band that released fourteen studio albums between 1973 and 1991. Their fir...
Ruby Andrews
Ruby Andrews (born March 12, 1947) is an American soul singer from Hollandale, Miss. Discograph...
Rob Thomsett
Rob Thomsett is an Australian musician and composer who released the symphonic-folk/psych album Ya...
Foghat
Foghat were an English hard-rock/blues band that released 12 studio albums and a live disc on Bear...
The Ebonys
The Ebonys were an American soul group from Camden, NJ, that released a string of singles on PIR ...