Serpentine was a Dutch soul-psych band that released the album In the Grass on Pink Elephant in 1970. Later that year, they changed their name to Apartment 1 and issued a second album, Open House.

By 1969, they’d trimmed to the quartet of Sande, Tijn, Dragstra, and guitarist Onno Lopulalan. Their first single, “Yesterday Papers” (b/w “Round and Round”), appeared that year on Polydor. The a-side (not the namesake Rolling Stones song) is a mid-tempo soul-psych rocker, primarily in D# and F#, with Tooth-like harmonies, sinewy guitar licks, and rhythmic low-end piano.

Serpentine – In the Grass 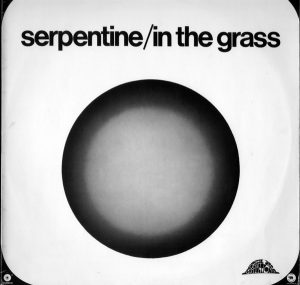 Serpentine signed to Pink Elephant, the white pop division of four “Elephant” labels recently established by Dureco (the Dutch Record Company). The band’s singular album as Serpentine, In the Grass, appeared in early 1970. It features 12 songs, mostly in the 2–3-minute range. Sande composed six tracks and co-wrote the other six with English producer Robbie Dale (aka The Admiral), a one-time DJ on the offshore stations Radio Caroline and Radio Veronica. 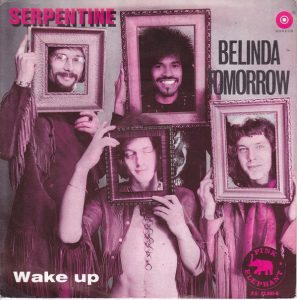 The tracks “Instant Alison” and “Hey Dreamer” appear on the 1970 Pink Elephant compilation Never Marry a Pink Elephant along with cuts by Shocking Blue and German hard-rockers Jeronimo. “Powerful Jim” appears on the label’s other 1970 comp, How Pink Are Those Elephants Over There, which also features the theme song of US funksters Kool & the Gang. Both collections sport cover photos of posed hippy models. 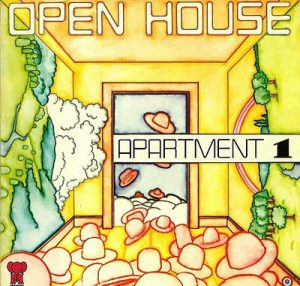 In late 1970, the same four members reemerged as Apartment 1 and released a second album, Open House, also on Pink Elephant. It features 10 songs, mostly in the 3–4-minute range, including “Step Inside,” “Eternal Moralist,” “Fuzz Buzz,” “Dictionary,” and “Whats Going On.” Sande composed eight of the tracks with co-writes on five by Dale. Lopulalan and Dragstra co-wrote two numbers, the instrumentals “Step Inside” and “Dragstream.” 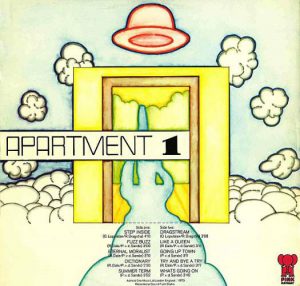 Open House spawned three singles: “Step Inside” (b/w “Fuzz Buzz”), “Eternal Moralist” (b/w the non-album “Sweet Little Pink Electric Guitar”), and “Like a Queen” (b/w “What’s Going On”). All came in picture sleeves that sport tinted variations of the album image. The band is listed as Apartment 1 on the sleeves and Apartment One on the labels.

At around the same time, Sande and Lopulalan played on the 1970 release Amalgamation by fellow Pink Elephant act O.P.M.C., another Admiral One/Sonneveld production. Sande joined jazz-rockers Solution and sang on their 1971 debut album.

As of 2021, In the Grass has never been reissued. According to Discogs, copies of the album sell for a median price of $123.32. The higher valued Open House got its first CD reissue in 2014 on the German archival label O-Music, which also pressed it on vinyl in 2015.