Sebastian Hardie formed in 1967 as the Sebastian Hardie Blues Band. They filtered through a series of lineups playing covers and eventually shortened their name. One notable early member was vocalist Jon English, who became a popular stage and TV actor and solo singer.

The Sebastian Hardie rhythm section of brothers Peter Plavsic (bass) and Alex Plavsic (drums) were mainstays through most of the band’s existence. In 1973, they were joined by guitarist/composer Mario Millo. The band issued three singles on RCA Australia in 1973/74. Toivo Pilt became their keyboardist, playing a large arsenal that included Mellotron, Moog, and Hammond. 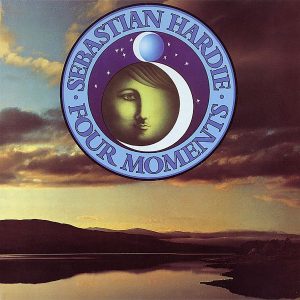 In August 1975, Sebastian Hardie released the album Four Moments on Polydor. Side one consists of the four-part title-suite. The other half contains two lengthy instrumentals: “Rosanna” and “Openings.” The album was produced by Jon English. Musically, the Mellotron-laden leitmotif suite of side one derives from the Yes/Genesis school. The instrumentals, replete with lyrical guitar sustains, evoke 1975–77 Camel. 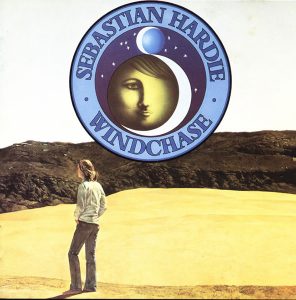 Sebastian Hardie released their self-produced second album, Windchase, in February 1976 on Polydor. The first side consists of the 20:36 title-track. Side two contains four songs in the 3:40 – 4:20 range, including “Hello Phimistar” and “Life, Love and Music,” which were released together on 7″. The lunar logo, as seen on both covers, was designed by artist Larraine Hall.

Months after the release of Windchase, the Plavsic brothers left the band over musical disagreements. They retained rights to the Sebastian Hardie name, so Millo and Pilt continued on with three new musicians as Windchase. This band released one album, Symphinity, on Infinity in 1977. Millo released a solo album, Epic III, on Polydor in 1979.