Scope were a Dutch instrumental jazz-rock band that released two albums on Atlantic between 1974 and 1975.

Along with Crypto, Scope was one of the earliest Dutch acts inspired by Return to Forever. Keyboardist Rik Elings and drummer Henk Zomer hailed from psych-rockers Strange Power, which issued three singles on RCA Victor in 1971. 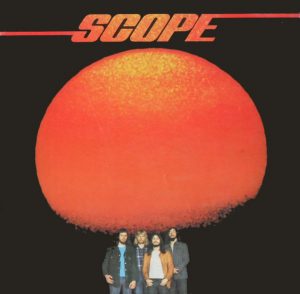 Scope released their self-titled debut album on Atlantic in 1974. It includes four tracks per side, including “Chewing Gum Telegram” and the nine-minute “Walpurgis Night.” Elings composed all the tracks except for two written by guitarist Rens Nieuwland, “Can You Follow Me” and “Yesternight’s Dream.” The album was produced by Joachim Petersen (Ikarus, Cornucopia, Randy Pie, Tomorrow’s Gift), who played soprano sax on the tracks “Kayakokolishi” and “Description.” 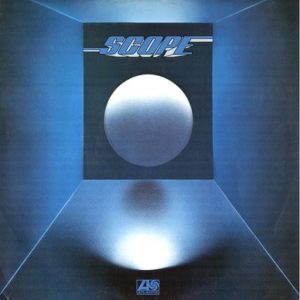 That fall, Scope were back in Studio Maschen recording a followup. Elings, who assumed the role of departed bassist Erik Raayman, handed keyboard duties to new member Rob Franken. The resulting Scope II appeared in 1975 with eight proper tracks, including “Ant Artica,” “Shuttle Service,” “Tamotua,” and “Shuffle Funk Dog.” Writing credits are split 70/30 between Elings and Nieuwland, who co-produced the album with Petersen. The cover design, which features a lit sphere in a blue, metallic chamber, is credited to one Jan Anthony.

A sequence of lineup changes ground Scope to a halt in 1976. The members went on to back an assortment of pop and jazz acts, Zomer being the most ubiquitous (Anneke Konings, René Van Helsdingen, Smirnoff Quintet, Herman van Veen, etc). The two Scope albums were reissued in 2020 by German archivists Sireena Records.

Colin Blunstone
Colin Blunstone (born June 24, 1945) is an English vocalist from Hatfield, Hertfordshire, who rose...
J. Jasmine
J. Jasmine was the avant-cabaret musical project of American singer, lyricist, and performance arti...
Life
Life were an English hard-rock band that released the album Life After Death on Polydor in 1974. T...
John Valenti
John Valenti is an American vocalist and drummer from Chicago who played in the Motown brass-rock ...
Japan
Japan was an English new wave band that released five albums between 1978 and 1981. They formed in 1...