Ragnarok was a New Zealander symphonic/space-rock band that released a self-titled album on small-press Revolution in 1975, followed by the album Nooks on Polydor in 1976. The band’s first album features vocalist Lea Maalfrid, who would later achieve international renown as a songwriter.

The nucleus of Ragnarok first assembled in the Christchurch pop trio Flying Wild, which issued two singles on Zodiac Records in 1971. The members were Ross Muir and bothers Andre and Mark Jayet, who renamed their band Sweet Feet and gigged the Auckland circuit until 1974. After that project folded, the three met guitarist Ramon York and vocalist Lea Maalfrid. As Ragnarok, their theatrical live shows became a major concert draw on the south island, rivaling Split Enz and Dragon. They initially played covers of Pink Floyd, Yes, and Led Zeppelin before developing their own material. 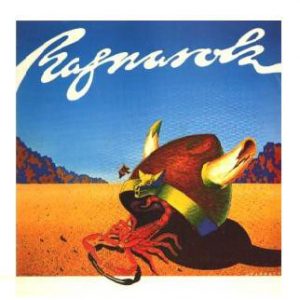 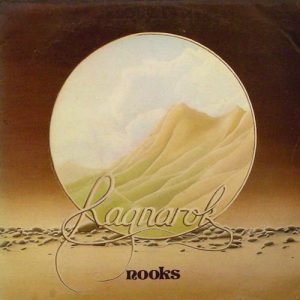 By year’s end, Maalfrid departed for a solo career. Ragnarok continued as a four-piece, issuing Nooks on Polydor in 1976. Side one features four songs, including “Five New Years” and “Waterfall.” Side two is bookended by the epics “The Volsung” and “Nooks.” All tracks are credited to the group except “Paths of Reminiscence,” written by Ramon York. The band toured till the end of the year before disbanding. A concert recording from this period was later issued on CDr by Venture.

In 1977, Maalfrid released the single “Pleasure Machine” (b/w “Lavender Mountain”) on Atlantic. She later moved to England and abandoned her solo plans for a career in songwriting, penning tracks for Sheena Easton, Marcia Hines, Michelle Goulet, and other female pop singers.