Racing Cars were a Welsh roots rock band that released three albums on Chrysalis between 1976 and 1978: Downtown Tonight, Weekend Rendezvous, and Bring On the Night. They scored a 1977 UK Top 20 hit with the rustic ballad “They Shoot Horses Don’t They?” The band was led by ex-Ancient Grease frontman Gareth “Morty” Mortimer.

Racing Cars had its roots in Strawberry Dust, a late ’60s Rhondda hard-rock band that featured Morty and guitarist Graham Headley Williams. They toured the South Wales circuit with an all-covers setlist and impressed Eyes of Blue drummer John Weathers, who linked them with Mercury and produced and largely wrote their 1970 album Women and Children First, released as Ancient Grease, a name chosen by label exec Lou Reizner.

After the album, Strawberry Dust retreated to the Welsh clubs and folded in early 1971. Williams joined Weathers in a new band, Wild Turkey, formed by ex-Jethro Tull bassist Glenn Cornick. Before that band hit the studio, Williams and Weathers joined Graham Bond’s Magick. Williams, intimidated by Bond, bowed out early. (Weathers played on the sole Magick album and joined Gentle Giant for an eight-album run in 1972.)

Morty took up songwriting in Good Habit, a short-lived band that he fronted during 1972. As he assembled his next band, he called in Williams. They named their new act Racing Cars, which gigged the Welsh circuit for two years and stabilized as a five piece with bassist David Land, drummer Robert Wilding, and second guitarist Ray “Alice” Ennis, whose slide and banjo work brought a rootsy element to the band’s sound.

In 1976, Racing Cars joined the pub rock scene in London, where they signed with Chrysalis. The band’s mix of gritty vocals, soulful harmonies, twangy licks, and funky rhythms aligned them with current trends in adult-oriented rock, as heard by everyone from Ace, Krazy Kat, and The Movies to Bandit, Stretch, and Streetwalkers. Racing Cars also helped spearhead a new breed of Welsh rock acts that included Alkatraz and Lone Star. 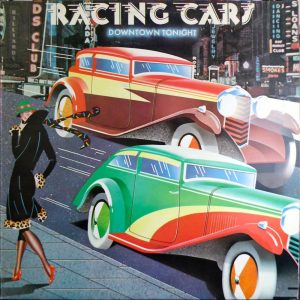 Racing Cars released their debut album, Downtown Tonight, in late 1976 on Chrysalis. It features nine originals that range from gritty soul-rock (“Calling the Tune,” “Moonshine Fandango”), swampy funk-rock (“Hard Working Woman,” “Pass the Bottle“), and rootsier fare like the finger-picking “Get Out and Get It.” Each side ends with a twangy six-minute ballad: “Downtown Tonight” and “They Shoot Horses Don’t They?” Morty wrote every song apart from “Four Wheel Drive,” a Hummingbird-style funk instrumental by Williams and Ennis.

Downtown Tonight sports a retro ’20s/’30s cover illustration that depicts a flapper woman walking along an avenue amid vertical blade signs and rolling Chrysler Imperials. The back cover shows the five band members leaning over the large mixing board at Wessex.

Chrysalis issued two singles from the album: “They Shoot Horses Don’t They?” (b/w “Four Wheel Drive”) and “Ladee-Lo” (b/w “Get Out and Get It“). The first of those hit #14 on the UK singles chart in February 1977. The song was inspired by the title-sake 1969 American psychological drama starring Jane Fonda and Bruce Dern. 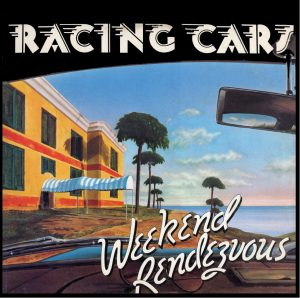 Racing Cars’ second album, Weekend Rendezvous, appeared in October 1977 on Chrysalis. Morty wrote four numbers (“Ticking Over,” “Didn’t I Tell You,” “Clever Girl,” “High and Dry”) and collaborated with Williams on three (“Weekend Rendezvous,” “Standing In the Rain,” “Backwater Road”). Also present are three group-written numbers: “Down By the River (Swampy),” “Take Me From the City,” and “Nobody’s Business,” a Zydeco roller that features guest accordionist Geraint Watkins.

Weekend Rendezvous was self-produced at Olympic Studios with engineers Doug Bennett (Hawkwind, The “O” Band, The Neutrons, Moonrider) and Nigel Brooke-Harte. The pair also co-engineered 1976/77 albums by Man (The Welsh Connection) and The Stranglers (No More Heroes).

Graphic illustrator Chris Moore (Pentangle, Pat Travers, CMU, Lindisfarne) did the Weekend Rendezvous cover art based on a concept by Smedley. It depicts a yellow seaside resort lined with palm trees, as seen through a windshield. The band’s car fin logo, as seen on the prior album, is enlarged on this cover. The back sports a chess table group shot, photographed by Jon Prew, who also captured images on contemporary albums by Burlesque, The Babys, Phil Manzanera, and Split Enz (Mental Notes).

In the UK, Chrysalis issued “Down By the River” as a single, backed with “Ticking Over.” 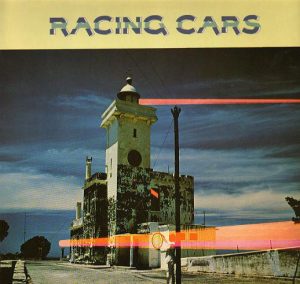 The third Racing Cars album, Bring on the Night, appeared in late 1978 on Chrysalis. Morty wrote half the songs (“Goodbye Yesterday,” “When I’m Walkin’ Home,” “Waiting for Someone,” “You Say You Love Me,” and the title track) and collaborated with the band on “Takin’ On the Word,” “Second Best,” “Dancing Island,” and “You Can’t Take Me.” The album starts with “Travelling Mood,” originally by ’50s R&B singer James Waynes and also covered during the ’70s by Dr. John and the Nitty Gritty Dirt Band.

Hipgnosis designed the Bring on the Night cover, which shows red beams crossing an old moss-lined tower by the sea under torrential skies.

Chrysalis lifted “Bring On the Night” as a single, backed with “Second Best.” The a-side appears on the French Philips comp Special Club Hiver 79 with cuts by 10cc (“Dreadlock Holiday“), Hi-Tension, Graham Bonnet, and Murray Head.

Racing Cars disbanded in 1979. Morty recorded a solo album, Love Blind, released in 1980 on Bellaphon (UK) and Line Records (Germany). It features five originals (incl. “Honeymoon In Babylon” and “Hot Day In June”) and covers of the Isley Brothers (“Put Yourself In My Place”) and Ann Peebles (“Tear Your Playhouse Down,” also covered in 1977 by Graham Parker). The title track was written by ex-Vandellas frontwoman Martha Reeves, who originally recorded it for a 1975 single.

In 1981, Morty joined The Bleeding Hearts, comprised of guitarist Dave Iles, bassist Bob Watkins, and drummer Paul Rosser. At his suggestion, they adopted the name Racing Cars, but no recordings came from this liaison.

In the late ’90, Morty contacted Williams and Rosser for a Racing Cars reunion that generated the 2000 disc Bolt from the Blue, released in the UK on DA Records. Unlike earlier albums, Williams wrote most of the songs. Their final disc, Second Wind, appeared on Angel Air in 2007.

Johnnie Taylor
Johnnie Taylor (May 5, 1934 — May 31, 2000) was an American soul singer from Crawfordsville, Ark.,...
Alpha Omega
Alpha Omega were an Australian jazz-rock band that released a self-titled album on Clear Light of ...
Locust
Locust were an English soul-funk band that released the album Alpha Waves on Buk Records in 1976. ...
The Moirs
The Moirs were an Australian vocal trio comprised of Scottish-born sisters Jean, Margot, and Lesley ...
Frogmorton
Frogmorton were an English folk-rock band that released the album At Last on Philips in 1976. Me...
Focus
Focus was a Dutch symphonic/hard-rock band that released seven albums and a live recording between...
Blue Magic
Blue Magic were an American soul group from Philadelphia that released five albums on ATCO between...
Ahora Mazda
Ahora Mazda was a Dutch ethno/psych band that released a self-titled album on Catfish in 1970. M...
Michael Quatro
Michael Quatro (born June 12, 1943) is an American keyboardist, singer, composer, and arranger fr...
Tim Blake
Tim Blake (born Feb. 6, 1952) is an English electronic musician from London who played in Gong bet...
Cesar Ascarrunz
Cesar Ascarrunz was a Bolivian/American Latin-rock musician based in San Francisco who released th...
Daryl Hall & John Oates
Daryl Hall and John Oates — commonly known as Hall & Oates — are an American musical duo that ha...