Procol Harum was an English symphonic-rock band that released nine studio albums between 1967 and 1977. Functioning for most of its existence as a quintet with a non-performing lyricist, the band played a pivotal role in rock’s maximalist trajectory by recording the world’s first side-long multi-movement suite, “In Held ‘Twas in I,” in 1968.

Procol Harum had its roots in The Paramounts, an R&B/beat combo from Southend-on-Sea, Essex, that was active from 1960 to 1966. The band featured singer/keyboardist Gary Brooker, guitarist Robin Trower, drummer B. J. Wilson, and (early on) bassist Chris Copping. They issued six singles on Parlophone between 1963 and 1965, starting with a cover of the Leiber/Stoller-penned Coasters hit “Poison Ivy” (UK #35). The band folded in 1966 as Brooker moved into songwriting. 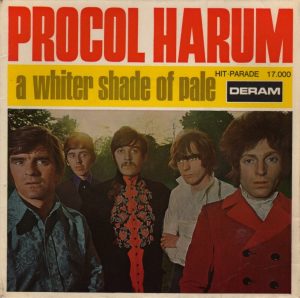 In 1967, Brooker teamed with non-performing lyricist Keith Reid, who had recently collaborated with French singer Michel Polnareff. Brooker and Reid assembled Procol Harum as a studio project to record their composition “A Whiter Shade of Pale,” an organ-laden soul-rock ballad with quotes of Bach (Orchestral Suite N° 3 in D Major) and echoes of Percy Sledge (“When a Man Loves a Woman.”) For the recording, Brooker enlisted organist Matthew Fisher, guitarist Ray Royer, bassist David Knights, and session drummer Bill Eyden.

The name Procol Harum was chosen by their manager, Guy Stevens, who later produced albums by Spooky Tooth, Mott the Hoople, and The Clash. It was based on a Burmese cat named Procul Harun. 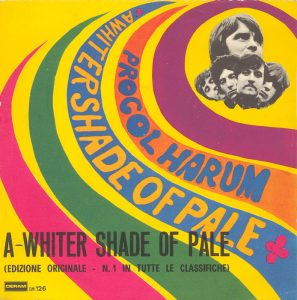 “A Whiter Shade of Pale” was recorded at London’s Olympic Sound Studios in April 1967 and produced by Denny Cordell (The Moody Blues, The Move, Joe Cocker, Phoebe Snow) and engineered by Keith Grant. Released as a single on Deram that May, it topped the charts in 13 territories, including the UK, Oceania, Canada, and most of Europe. The b-side, “Lime Street Blues,” was recorded at Advision Studios with drummer Bobby Harrison. 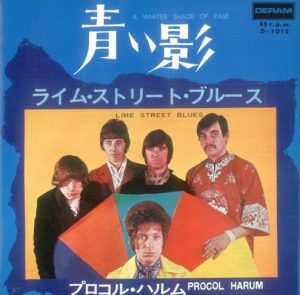 Though intended as a studio one-off, the success of “A Whiter Shade of Pale” made Procol Harum an ongoing concern. Prompted for an album and tour, Brooker wished to assemble a lineup with fellow ex-Paramounts Trower and Wilson. Fisher, whose organ features prominently on the single (he would later be granted a co-writing credit), was instated as a permanent member. Knights was retained for the time being. 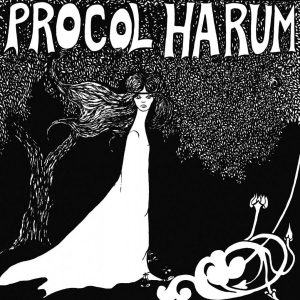 Procol Harum first released their self-titled debut album in September 1967 on US Deram. 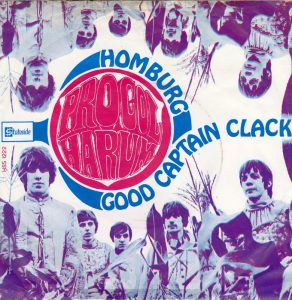 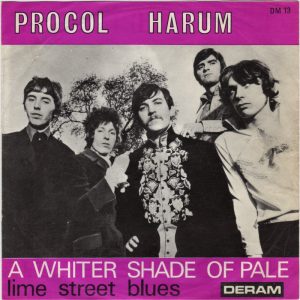 US copies include “A Whiter Shade of Pale” 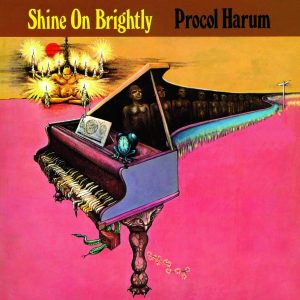 Procol Harum first released their second album, Shine on Brightly, in September 1968 on Regal Zonophone (UK) and A&M (US). 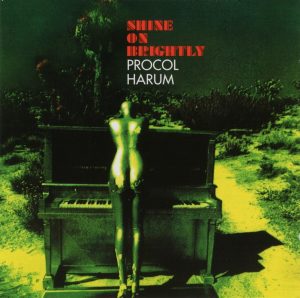 In North American and Germany 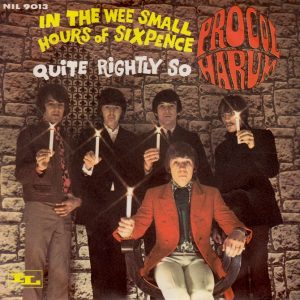 “Quite Rightly So” “In The Wee Small Hours Of Sixpence” 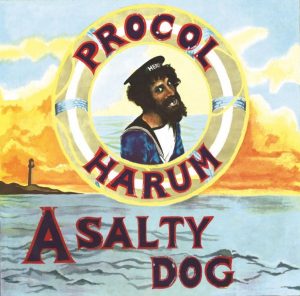 Procol Harum first released their third album, A Salty Dog, in April 1969 on Regal Zonophone (UK) and A&M (US). 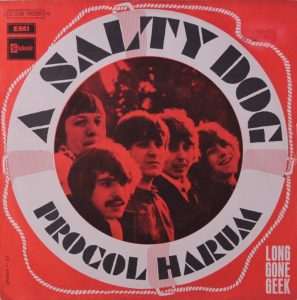 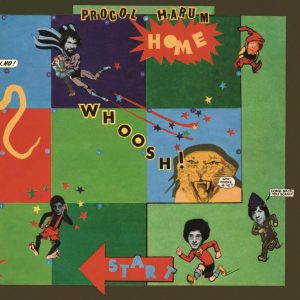 “Your Own Choice” “About to Die” 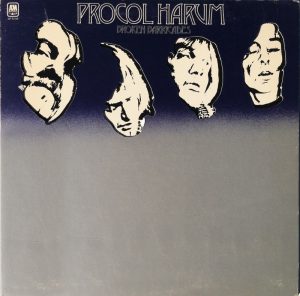 Procol Harum Live: In Concert with the Edmonton Symphony Orchestra 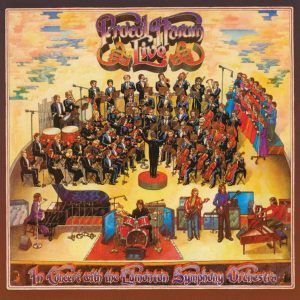 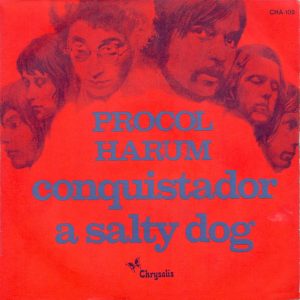 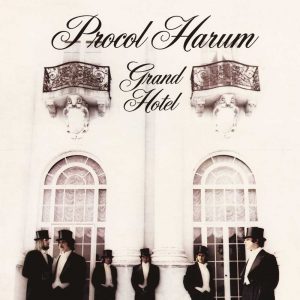 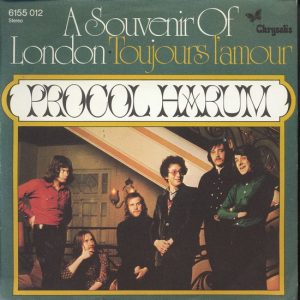 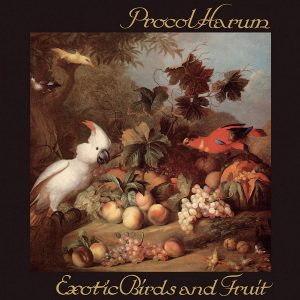 “Nothing But The Truth” “Drunk Again”

“As Strong as Samson” 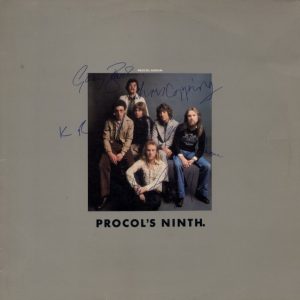 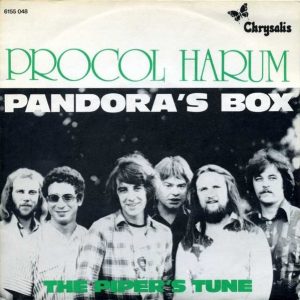 A: The Final Thrust
B: Taking The Time 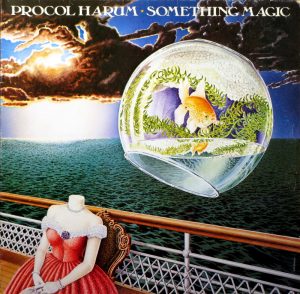 Procol Harum first released their tenth album, Something Magic, in February 25, 1977, on Chrysalis.

A: Wizard Man
B: Backgammon