Patto was an English rock band that released two albums on Vertigo and a third on Island between 1970 and 1972. They evolved from the final lineup of Timebox, becoming the second of three nameplates for the musical team of singer Mike Patto and guitarist Ollie Halsall, who would later re-team in Boxer.

Patto was the end-product of Timebox, which issued two singles on Piccadilly and six on Deram between 1967 and 1969. After the departure of (future Babe Ruth) keyboardist Chris Holmes, the now four-piece band took the surname of their frontman. 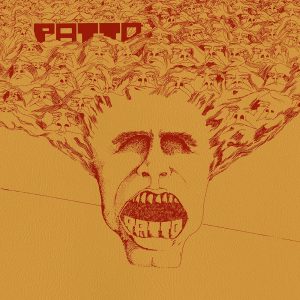 The band released their first album, Patto, in November 1970 on the Vertigo “swirl” label. It contains four songs per side, including “Government Man,” “Time to Die,” “San Antone,” “Hold Me Back,” and “Sittin’ Back Easy.” The album was produced by ex-Spencer Davis Group bassist Muff Winwood (brother of Steve Winwood) and engineered by Brian Humphries (Traffic, Spooky Tooth, Bronco, Man). The cover was illustrated by cartoonist Tony Benyon, who also drew the covers for the two May Blitz albums. Musically, Patto feeds blues-rock riffs and rustic licks through open-ended structures, overlaid with Halsall’s legato guitar runs and occasional touches of vibraphone. 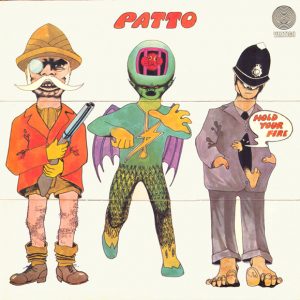 Patto’s second Vertigo release, Hold Your Fire, appeared in 1971. It too features eight originals, including “Tell Me Where You’ve Been,” “Magic Door,” “See You at the Dance Tonight,” and “Air Raid Shelter.” The recording was once again handled by Winwood and Humphries with engineering assistance by Richard Digby Smith (McDonald and Giles, Gordon Haskell, Dr. Z, Sutherland Brothers). The cover was illustrated by Roger Dean in a style totally unlike his signature work for Yes, Uriah Heep, Osibisa, and Greenslade. 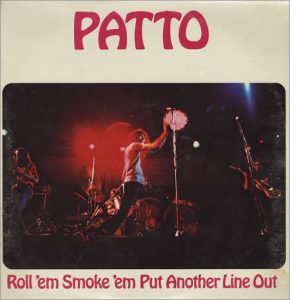 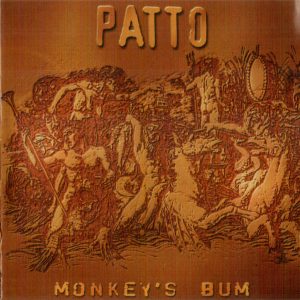 In 1973, Patto recorded 10 songs for a new album that was ultimately shelved. The tracks were finally released 22 years later on the CD Monkey’s Bum. The decidedly tighter set includes “Sugar Cube 1967,” “Get Up and Do It,” “Hedyob,” “Good Friend,” and “My Days are Numbered.” The original pressing on Audio Archives features a screen-enboxed band photo in green and black versions. Later pressings on Arkama (Italy) and Dogtoire (Russia) use an engraved leather image.

By 1974, the members had drifted into other projects. Mike Patto replaced singer Mike Harrison in Spooky Tooth for the 1974 release The Mirror. Halsall replaced Allan Holdsworth in Tempest, playing on the album Living in Fear. Patto and Halsall regrouped the following year in Boxer, which recorded two albums for Virgin in 1975/76 and a third with a revised, Ollie-less lineup.

The Deviants
The Deviants were an English psych-rock band that self-released the album Ptooff! in 1968. It was pi...
Velvert Turner Group
The Velvert Turner Group were an American hard-rock/psych band from Los Angeles that released a s...
Blue Öyster Cult
Blue Öyster Cult are an American hard-rock band from Long Island that released 11 studio albums an...
Hi-Tension
Hi-Tension were an English soul-funk band from London that released a self-titled album on Island ...
Nolan Porter
Nolan Porter (born 1949) is an American soul singer from Los Angeles. Discography: No Apolo...