Orange Juice were a Scottish New Wave/sophisti-pop band from Glasgow that released a string of shortplayers on Postcard Records circa 1980/81, followed by three albums and an EP on Polydor between 1982 and 1984. The band was led by guitarist/songwriter Edwyn Collins, who later found fame as a solo artist.

Orange Juice evolved from an unsigned late-’70s act named The Nu-Sonics. They released their first single, “Falling and Laughing” (b/w “Moscow Olympics”), on Postcard Records in February 1980. Along with early singles by Aztec Camera and Josef K, the label issued the subsequent three Orange Juice singles during 1980/81: “Blue Boy” (b/w “Lovesick”), “Simply Thrilled Honey” (b/w “Breakfast Time”), and the two-side “Poor Old Soul.” These recordings were later issued with unreleased early material (including a 1977 Nu-Sonics demo) on the Postcard compilation The Heather’s On Fire.

A live album was recorded on 5/17/81 at Glasgow’s Hellfire Club but it was shelved when the band signed to Polydor. (Postcard later issued the show on CD as Ostrich Churchyard.) 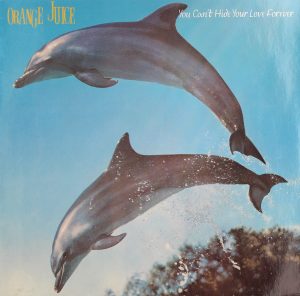 In February 1982, Orange Juice released their debut album You Can’t Hide Your Love Forever on Polydor. It features nine Collins originals — including “Satellite City,” “Dying Day,” “Tender Object,” “Upwards and Onwards,” and a re-recorded “Falling and Laughing” — and three songs written by guitarist James Kirk: “Wan Light,” “Felicity” (originally recorded for Postcard and issued as a flexi) and “Three Cheers for Our Side.” It was produced by Adam Kidron, whose contemporaneous credits cover the Rough Trade roster (Scritti Politti, The Raincoats, Delta 5, Zounds, The Red Crayola). The album’s one non-original, a cover of the 1975 Al Green hit “L.O.V.E. Love,” was issued as a single. 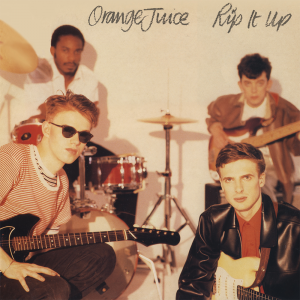 In November 1982, Orange Juice returned with their second Polydor release Rip It Up. Of the 10 tracks, Collins claims five exclusive credits, including “Louise Louise,” “Breakfast Time,” and “Mud In Your Eye.” Other tracks were co-written with McClymont (“I Can’t Help Myself”) or contributed by Manyika (“A Million Pleading Faces”) and Ross (“Turn Away”). Two songs (“Rip It Up” and “Hokoyo”) are group compositions. The title track (UK #8) features splotchy sounds created on the briefly available Roland TB-303. The album features several notable guests, including saxophonist Dick Morrissey (If, Morrissey Mullen), violinist Gavyn Wright (Penguin Cafe Orchestra), and percussionist Mel Gaynor (Central Line, Simple Minds). The 1983 a-side “Flesh of My Flesh” was added to later issues of Rip It Up.

In March 1984, Orange Juice issued the six-song EP Texas Fever. Ross and McClymont left the band, leaving Collins and Manyika to carry on the Orange Juice banner with hired-hands Clare Kenny (bass), Dennis Bovell (keyboards), and Johnny Britton (guitar). This lineup recorded The Orange Juice (The Third Album), released in November 1984 on Polydor. The album features 10 Collins originals, including “Lean Period,” “Out for the Count,” “Salmon Fishing In New York,” and “Scaremonger.” The band folded soon after.

Collins launched his solo career with a pair of late-’80s singles, culminating with the 1989 Demon Records release Hope and Despair, his first of 10 albums over the subsequent three decades. In 1995, he scored a transatlantic hit with the fuzz-tinged retro-Merseybeat track “A Girl Like You” from the album Gorgeous George.