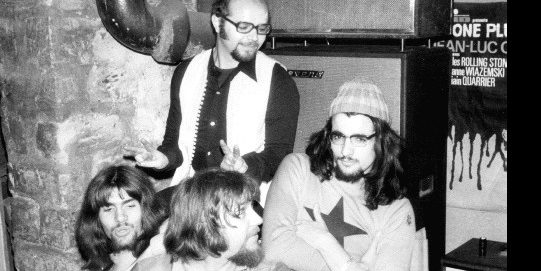 The Moving Gelatine Plates were a French jazz-rock band that released the 1971/72 albums Moving Gelatine Plates and The World of Genius Hans on CBS. A partial regrouping as Moving yielded a further album in 1980. Along with Supersister and Pazop, they were one of the first Continental bands to appropriate the rhythmic figures and arrangements pioneered on Volume Two by Soft Machine.

The Moving Gelatine Plates formed in 1968 when bassist Didier Thibault teamed with guitarist Gérard Bertram, who first met two years earlier as 14-year-old schoolmates. They completed the lineup with drummer Gérard Pons and organist/reedist Maurice Hemlinger. Their name derives from Travels with Charley: In Search of America, a 1962 travelogue by American author John Steinbeck.