Morgan was an English symphonic-rock band that released the album Nova Solis on RCA in 1972. The following year, they recorded a second album that later appeared as Brown Out (Import, 1976) and The Sleeper Wakes (Cherry Red, 1978).

Bacon and Fisher first interacted in The Soul Survivors, a London R&B/beat group formed in 1966. They signed to Decca as Love Affair for the 1967 Jagger/Richards cover “She Smiled Sweetly,” then moved to CBS for a round or orchestral pop hits, mostly performed by studio musicians. Fisher was absent during their 1968 UK chart-topper “Everlasting Love” but returned for a round of further hits, including “Rainbow Valley,” “A Day Without Love,” and “Bringing on Back the Good Times.”

Under the initialed name L.A., Love Affair took a stab at artistry on their 1970 second album New Day. Weary of the band’s market limitations, singer Steve Ellis left that year. After their 1971 single “Wake Me I Am Dreaming” — a cover of Lucio Battisti‘s “Mi ritorni in mente” — the group folded, allowing Bacon and Fisher to explore their newfound fascination with the post-psych maximalism of Yes, Pink Floyd, The Nice, and King Crimson.

They teamed with Staffell, whose prior band, Smile, released the single “Earth” (b/w “Step On Me”) on Mercury in 1968. Staffell sang and played bass in that band, which he formed with self-made guitarist Brian May and drummer Roger Taylor. While attending Ealing Art College in 1970, he got his classmate Freddie Bulsara into the band. Soon enough, Bulsara became their frontman under the stagename Freddie Mercury. Staffell opted out of the band, which then hired bassist John Deacon and conquered the world as Queen. In 1970, Staffell cut a Parlophone single in Humpy Bong, which also featured ex-Bee Gees drummer Colin Petersen.

Morgan hired bassist Bob Sapsed and signed with RCA, which booked the band time at its newly built 16-track studio in Rome. 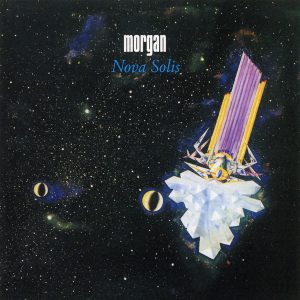 Morgan released their debut album, Nova Solis, in 1972 on RCA Victor in the UK and Italy. Side one contains two keyboard-laden Fisher/Staffell epics (“Samarkhand the Golden,” “War Games”) and Staffell’s acoustic ballad “Alone.” The nine-part title suite consumes all of side two. Fisher composed most of the instrumental parts while Staffell focused on lyrics. The suite concerns the ruminations of a space age explorer following the annihilation of planet Earth.

Brown Out (aka The Sleeper Wakes) 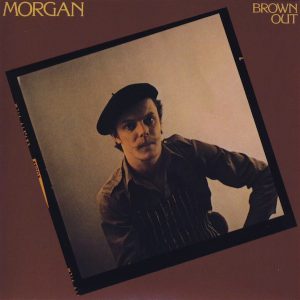 Morgan were under contract for two albums. They recorded their second in 1973 under the working title Brown Out. It followed the format of its predecessor: three long songs on side one (“Fire in the Head,” “The Sleeper Wakes,” “The Right”) and a 20-minute suite on side two (“What Is – Is What“). When RCA vaulted the finished product, the members of Morgan moved on to other ventures.

Brown Out first appeared in the US in 1976 on Import Records, which also unvaulted the second album by Blackfoot Sue (Strangers, recorded in 1974). The cover sports a picture of Fisher alone sporting a beret and trademark curly mustache. In 1978, the album appeared in the UK as The Sleeper Wakes, the inaugural release on the otherwise post-punk indie Cherry Red. It was produced by Bianchi and engineered by Grappa with assistance from Will Roper (Sun Treader, Hookfoot, Lesley Duncan, Keef Hartley Band).

Fisher briefly played with the Third Ear Band and joined Mott the Hoople for their 1974 albums The Hoople and Mott the Hoople Live. On their 1974 tour, they headlined over Staffell’s earlier bandmates, Queen. After the departure of Hoople frontman Ian Hunter, they continued as Mott for the 1975/76 albums Drive On and Shouting and Pointing. During his time with the band, Fisher stood out for his eccentric style of dress, which included Navy uniforms, pinstripe overalls, and keyboard-lapel tuxedos.

When Mott folded, Fisher and three other members teamed with ex-Medicine Head singer John Fiddler in the British Lions, which issued a 1978 album on Vertigo and scored a hit with “Wild In the Streets.” Fisher then adopted multiple aliases for the 1979 avant-garde electro-pop release Hybrid Kids – A Collection of Classic Mutants. In 1980, he produced the Cherry Red V.A. comp Miniatures, comprised of 51 one-minute songs. He served as the touring keyboardist for Queen on their 1982 Hot Space tour.

Sapsed died in a 1986 roadside accident.

Nova Solis was reissued on CD in 2000 by Angel Air Records. In 2011, both Morgan albums were reissued on the Japanese archival label Belle Antique.

Mick Karn
Mick Karn — aka Andonis Michaelides (July 24, 1958 — Jan. 4, 2011) — was an English-Cypriot multi-...
Manfred Mann's Earth Band
Manfred Mann's Earth Band was an English symphonic/art-rock band that released a pair of albums on P...
Steps
Steps were an English jazz-rock band that released a self-titled album on French EMI in 1977. Keyb...
Gandalf
Gandalf were an American psych-rock band from NYC that recorded a self-titled album in 1967 for C...
Hambi & the Dance
Hambi & the Dance were an English New Wave band from Liverpool that released the album Heartac...