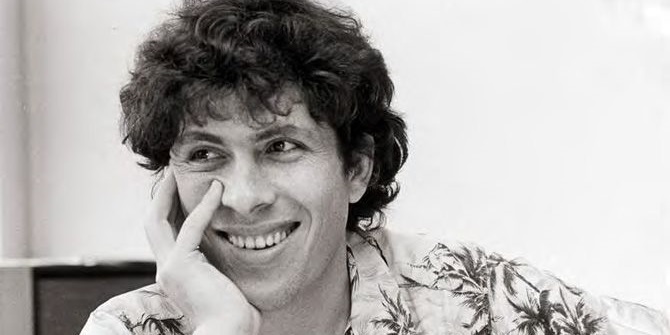 Marc Moulin (Aug. 16, 1942—Sept. 26, 2008) was a Belgian keyboardist, composer, and producer who was musically active from the early 1960s to the mid-2000s. He is best-known as the mastermind behind early 1970s jazz-rockers Placebo and as part of the early 1980s electro-pop trio Telex. His 1975 solo album Sam’ Suffy has gained rare-groove classic status in the 21st century.

Born into a literary family, Moulin achieved local renown as a piano prodigy and made his recording debut in 1969 as part of the Saint-Tropez Jazz Octet. From there, he formed the jazz-rock combo Placebo, which recorded three Rhodes-rich albums between 1971 and 1974. After the release of his solo album, he made guest appearances on albums by Cos and Aksak Maboul, even briefly joining the latter for 1977’s Onze Danses Pour Combattre la Migraine.

In 1978, Moulin formed Telex with electronic musician/producer Dan Lacksman and ex-Nuit Câline à la Villa Mon Rêve participant Michel Moers. The trio produced five albums between 1979 and 1988. During this time, Moulin also served as co-writer and/or producer on albums by Flemish vocalist Alec Mansion and Japanese-American art-pop performer Anna Domino. Aside from music, he did stints in radio and printed media.