Living Force were a New Zealander Latin-rock band that released a self-titled album on Atlantic in 1977.

The roots of Living Force date back to 1973 when guitarists Eddie Hansen (Ticket) and Harvey Mann (Space Farm) grew disillusioned with their respective bands and began jamming as a duo. An assortment of combinations followed before the pair assembled a five-piece lineup that included another Space Farm alumnus, drummer Glen Absolum. 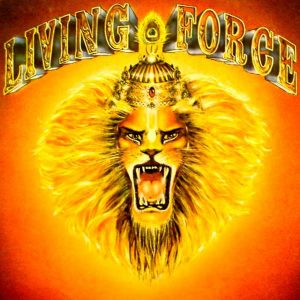 Living Force were known for their improvisational live shows, where they would extend a single number for upwards of 30 minutes. They released their singular album on Atlantic/WEA (NZ) in 1977. Seven of the nine tracks are band originals, including “Hari Bol,” “Changes,” and “Matter Monster.” The tracks “Sweet Inspiration” and “Baja Sri” (a 7″ a-side) are traditional numbers rearranged by the band. The cover art depicts a lion/human hybrid against a fiery gold background. It was illustrated by one Ivesvara Das.

Amid further lineup changes, Living Force went to San Francisco to begin work on a second album with Santana engineer Glen Kalatkin. The project was abandoned and the whereabouts of those recordings are unknown.

The band morphed into The Spys (aka Spyz) for a pair of singles in 1981. In that configuration, they were the first western rock act to tour China. Hansen also played on early ’80s albums by Wayne Roland Brown and Jagad Guru & Friends.

Bonfire
Bonfire were a Dutch avant-garde/jazz-rock band that released the album Bonfire Goes Bananas on EM...
The Manhattans
The Manhattans were an American soul group from Jersey City that released 14 singles and two albu...
England
This band is not to be confused with the namesake trio that recorded a self-titled album in 1976. ...
Bahamas
Bahamas were a French symphonic-rock quartet formed by the backing musicians of popular Parisian s...
Roy Wood
Roy Wood is an English singer, songwriter, multi-instrumentalist, and bandleader from Birmingham w...