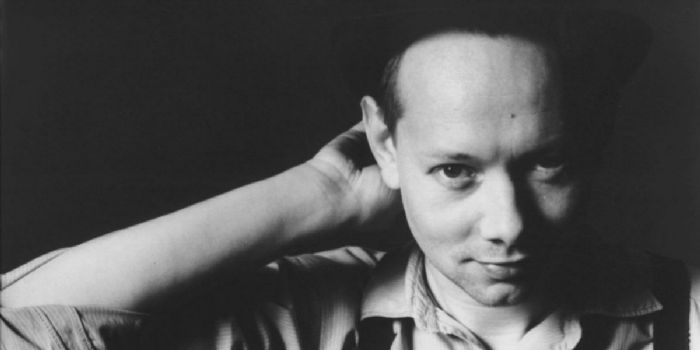 Joe Jackson (born Aug. 11, 1954) is an English pianist, songwriter, vocalist, author, and occasional bandleader, active since the late 1970s. Emerging on London’s New Wave scene, he achieved fame with the 1979/80 albums Look Sharp!, I’m the Man, and Beat Crazy. Over the years, his music has incorporated rock, reggae, salsa, jump blues, Tin Pan Alley, big-band vocal jazz, and avant-garde classical forms. His best-known songs include “Is She Really Going Out With Him?”, “It’s Different for Girls,” and the Billboard hits “Steppin’ Out” and “You Can’t Get What You Want (Till You Know What You Want).”

Born David Ian Jackson in Burton upon Trent, he spend his childhood in Portsmouth and his teens in Gosport, where he learned violin and piano. At age 16, he started playing piano in local bars and won a scholarship to London’s Royal Academy of Music, where he studied musical composition. He earned the nickname “Joe” when cabaret audiences noted his resemblance to Joe Cool, the piano-playing guise of Snoopy in the comic strip Peanuts.

In the early ’70s, Jackson formed the band Edward Bear with fellow Gosport musicians, including bassist Graham Maby and guitarist Mark Andrews. Upon learning of the namesake Canadian band, they changed their name to Arms & Legs and issued three 1976/77 singles on MAM: “Janie” (b/w “She’ll Surprise You”), “Heat of the Night” (b/w “Good Times”), and “Is There Anymore Wine” (b/w “She’ll Surprise You”). With the advent of New Wave, Andrews formed Mark Andrews and the Gents. Jackson formed his own band, comprised of Maby, guitarist Gary Sanford, and drummer David Houghton.

Through 1978, Jackson played the London club circuit, where he was spotted by producer David Kershenbaum (Tarney/Spencer Band), who secured the singer a deal with A&M. 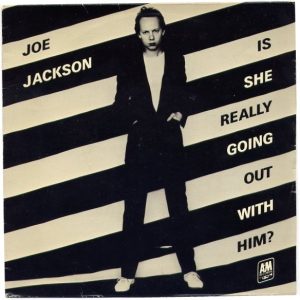 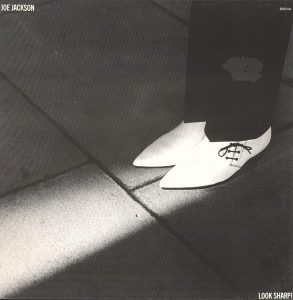 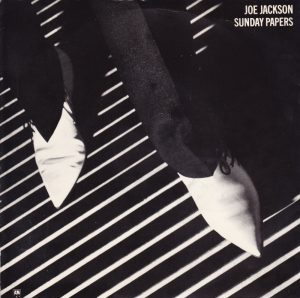 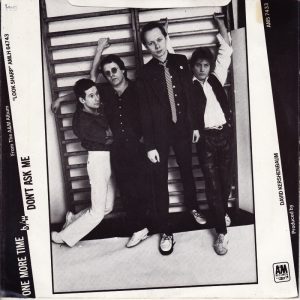 In mid-May, “One More Time” appeared as the third single, backed with the non-album “Don’t Ask Me.” 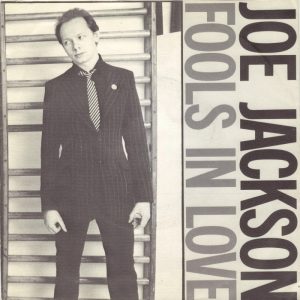 The fourth and final Look Sharp! a-side, “Fools In Love” (b/w “Throw It Away”), appeared in June as a Dutch-only single. 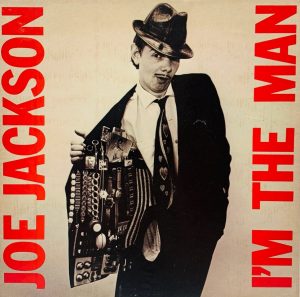 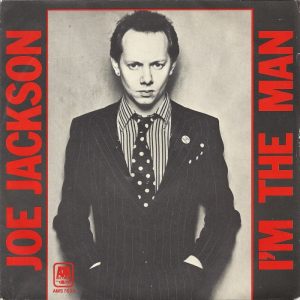 Jackson issued “I’m the Man” in September 1979 as the namesake album’s advance single, backed with a cover of the 1961 Chuck Berry rocker “Come On.” 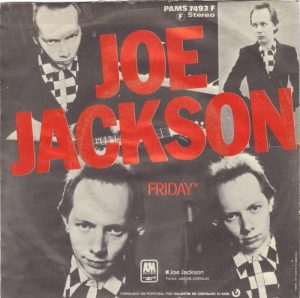 In late November, Jackson lifted “It’s Different for Girls” as the second single (b/w with “Friday”).

“The Harder They Come” 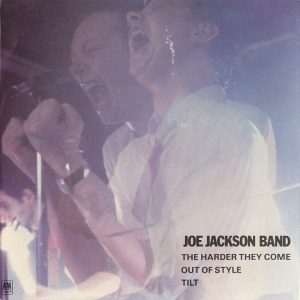 In June 1980, Jackson and his band released “The Harder They Come,” a non-album cover of the 1972 reggae song by Jimmy Cliff. The b-side contains two new Jackson originals, “Out of Style” and “Tilt,” both exclusives to this release. 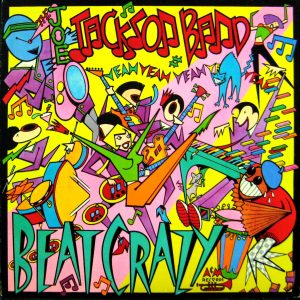 Joe Jackson released his third album, Beat Crazy, on October 10, 1980, on A&M. This is his final album with his original backing group (Maby, Sanford, Houghton) and their sole release as The Joe Jackson Band. 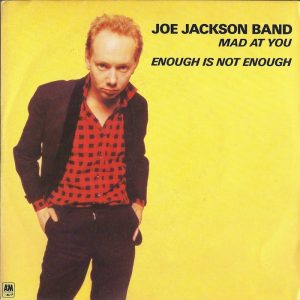 “Mad at You” was the album’s first single, backed with the exclusive “Enough Is Not Enough.” 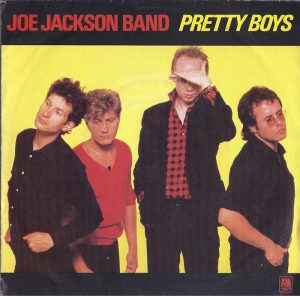 Dutch A&M lifted “Pretty Boys” as a November 1980 single, backed with “Someone Up There.” 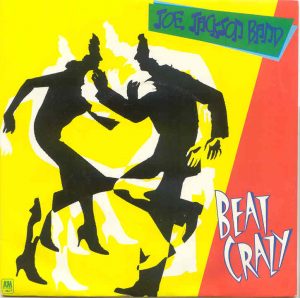 In January 1981, Jackson lifted “Beat Crazy” as the second UK single, backed with a live version of “Is She Really Going Out With Him?” In late March, “One to One” appeared as the third single (b/w “Someone Up There”). 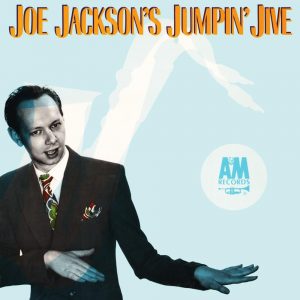 “Jumpin Jive,” a 1939 swing tune by Cab Calloway, became the first single, backed with a non-album cover of the 1941 blues-jazz ballad ‘Knock Me a Kiss,” originally popularized by by Louis Jordan and his Tympany Five. 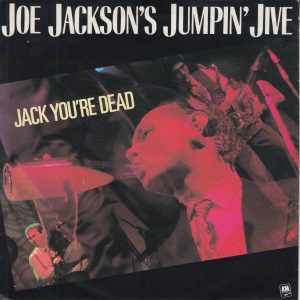 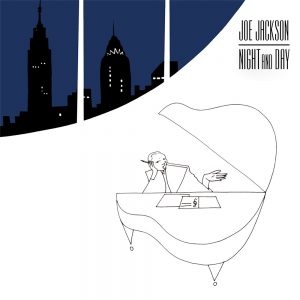 Joe Jackson released his fourth album of original material, Night and Day, on June 25, 1982, on A&M. 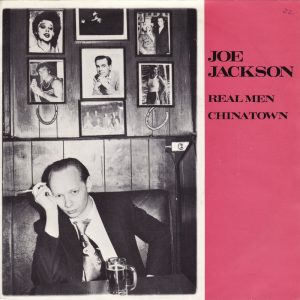 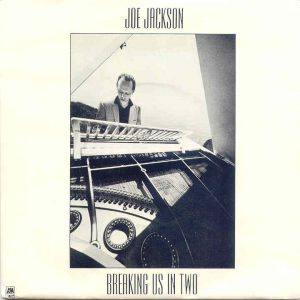 In mid-August, Jackson lifted “Breaking Us in Two” as the second single, backed with “Target.” 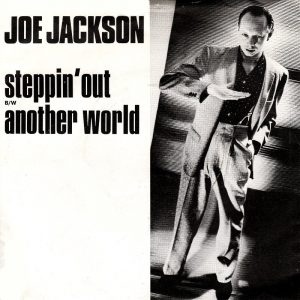 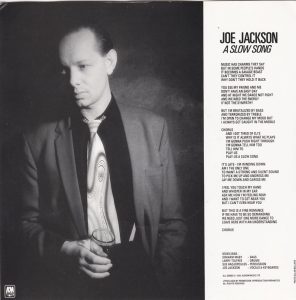 In June 1983, “Real Men” reappeared in the UK as the b-side of “Slow Song,” which A&M lifted as the final Night and Day single. 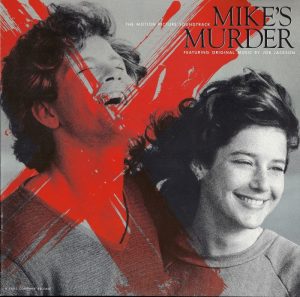 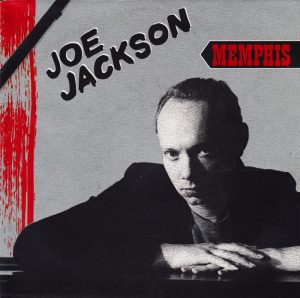 The opening track, “Cosmopolitan,” appeared as the soundtrack’s only UK single, backed with the instrumental “Breakdown.” Stateside, A&M selected “Memphis” as the a-side. 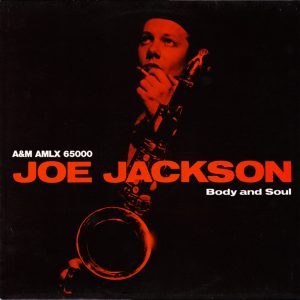 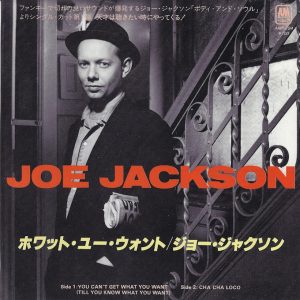 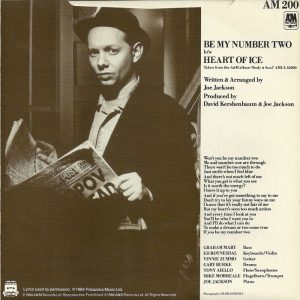 Jackson lifted “Be My Number Two” as the second single in both territories (b/w “Heart of Ice”). 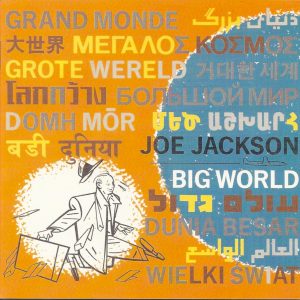 An edit of “Right or Wrong” appeared as the album’s first single, backed with a live version of “Breaking Us In Two.” In June, Jackson lifted “Home Town” as the second Big World single (b/w “Tango Atlantico”). 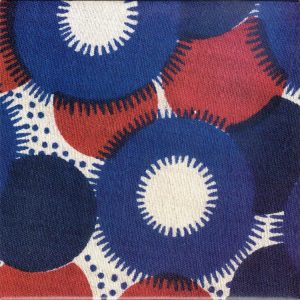 Joe Jackson released his ninth album, Will Power, in April 1987 on A&M.

England
This band is not to be confused with the namesake trio that recorded a self-titled album in 1976. ...
ARC
Arc was an English art-rock band from London, formed in 1970 by keyboardist Micky Gallagher and gu...
Greg Phillinganes
Greg Phillinganes (born May 12, 1956) is an American R&B keyboardist from Detroit who served ...
Maxine Nightingale
Maxine Nightingale (born Nov. 2, 1952) is an English soul-pop singer from Wembley who released thr...
Cold Chisel
Cold Chisel were an Australian rock band from Elizabeth, SA, that debuted with a self-titled album...