Jade Warrior was an English New Age combo that recorded nine albums during the 1970s. Their output was marked by two distinct phases: the soft/heavy 1971–72 Vertigo “swirl” trilogy and the quiet, vocal-less 1974–78 Island quadrilogy.

Jade Warrior was the brainchild of musicians Jon Field (b. 1940) and Tony Duhig (1941–1990), who first met in the early 1960s when both worked as factory forklift drivers. Their shared exotic interests (jazz, Asian folk, African tribal music) were uncommon at the dawn of the beat era. They began making music on four-track with Field on congas and Duhig on guitar (tuned to open C).

In 1965, they assembled the R&B/beat sextet Second Thoughts with singer Patrick Campbell-Lyons. The band recorded four songs — released three decades later on the EP Seventh Son by archivists Essex Records — and disbanded later that year. Campbell-Lyons teamed with Alex Spyropoulos in the orchestral pop combo Nirvana. Field and Duhig joined beatsters The Tomcats, which toured Spain and issued five singles (two in Spanish) on Philips in 1966.

By the time The Tomcats returned home, psychedelia had taken hold on the UK music scene. They changed their name to July and issued a self-titled album on Major Minor in 1968. July disbanded later that year and Duhig took a brief gig with beatsters Unit 4 + 2, where he rubbed shoulders with songwriter Russ Ballard and befriended bassist Glyn Havard (b. 1947, Wales), who he introduced to Field.

In 1969, Duhig and Havard embarked on a brief, clandestine stint in Persia, purportedly for money. As soon as they returned, they started a new musical project with Field based on their long-held exotic interests. Noting the soft/heavy contrasts in their sound, the band drew up lists of feminine and masculine words for group vote. The words “jade” and “warrior” were selected.

Through their contacts with Campbell-Lyons — now a talent scout for Vertigo — Jade Warrior signed with the label through a joint-management deal with Assagai, an Afro-rock ensemble with saxophonist Dudu Pukwana and trumpeter Mongezi Feza, both of South African jazz legends Brotherhood of Breath . 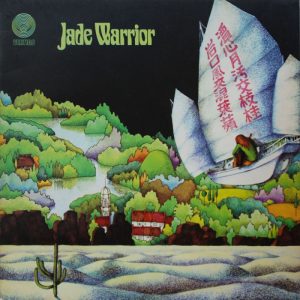 The arrangements consist of guitar, flute, keyboards, percussion, and occasional vocals (no drums). Soundwise, they mix Middle Eastern and Oriental motifs with elements of UK folk, jazz, and blues rock; at times resembling Traffic, Jethro Tull, and Fleetwood Mac circa Then Play On. All material is jointly credited to the three members. Jade Warrior is a self-produced effort with no third-party credits.

Jade Warrior is housed in a gatefold that depicts a junk (Chinese sailing ship) floating over barren land to a tree- and water-laden hillside. The inner-gates sport a purple/white scheme with lyrics and a group photo. 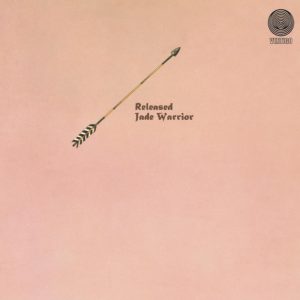 Released features eight cuts that refine the prior album’s musical template. There’s hard-rock (“Eyes On You,” “We Have Reason to Believe”) and slow, quiet numbers (“Bride of Summer,” “Yellow Eyes”). Side one is bookended by guitar/percussion jams (“Three-Horned Dragon King,” “Minnamoto’s Dream”) that are alternately biting and sedate. They show a jazzier side on “Water Curtain Cave,” a windy gust of sax, snare-rolls, and ride cymbals in 6/4. The centerpiece of side two, “Barazinbar” (14:47), layers up gradually over a repetitive ostinato, invoking the Latin rock of Santana, Pirana, and Paladin.

Jade Warrior self-produced Released at Nova Sound, London. The engineer, Richard Dodd, also worked on 1971 albums by Gordon Haskell (It Is and It Isn’t), Still Life, Sweet, and the Philips release Zimbabwe, one of two albums that year by Assagai. 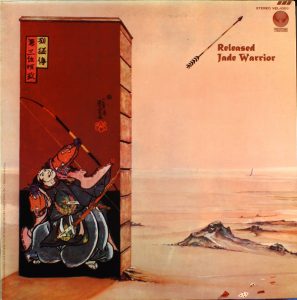 Field designed the Released cover, a six-fold poster depicting a pinkish, barren seaside setting with a silhouetted eagle flying toward the Japanese rising sun and a sand-set chimney (foreground) painted with a bow-wielding samurai. The front side shows only the title, name, and a slung arrow. In early 1972, the album appeared on US Vertigo with the busier elements of the UK poster (samurai, arrow) condensed on a regular gatefold.

Jade Warrior, who backed Assagai on Zimbabwe, teamed with Pukwana and Feza for a cover of “Louie Louie,” released under the name Simba on assorted small labels. The b-side, “Movin’,” is a percussive jazz-rock number credited to Field–Duhig–Havard. Its underlying chord sequence resembles the Steve Winwood composition “I’m a Man,” popularized by the Spencer Davis Group and Chicago. 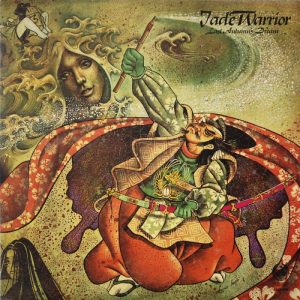 The 6:39 “Dark River” shifts through waves of flute, plucked harp-liked acoustic guitar, and tribal percussion; presaging their Island quadrilogy. “Joan,” another rocker, sports double-tracked guitar (one fuzzed and wailing) over a syncopated, half-note rhythm figure with vocals high in the mix.

Price plays on all four cuts, plus two tracks on the second side: “The Demon Trucker,” a cowbell funk-rocker; and “Borne On the Solar Wind,” a slow, echoey outro. The trio close ranks on the remainder of side two. “Morning Hymn” is serene and rhythmless, comprised of flute, plucked electric, and quiet harmonies. “May Queen” is a mid-tempo, riff-based number with minimal backing and treated vocals; overtaken by fuzz-tone and a recurring closed-cadence melodic pattern.

The penultimate ballad, “Lady of the Lake,” is another exercise in Leslied sustain. Field and Duhig work as a duo on the closing instrumental of side one, “Obedience,” a rising tide of sizzling, multi-tracked sustain.

The trio produced Last Autumn’s Dream with engineer Dodd at Nova Sound Studios, London. All tracks are trio-credited apart from “The Demon Trucker,” which features input from Tony’s younger brother David Duhig, who plays guitar on that track and “Snake.” Vertigo paired both songs onto a single.

Last Autumn’s Dream is one of the earliest credits of tape op’s Wally Samuels (Glencoe, Ro Ro) and Mick Glossop, who worked on the concurrent album by Renaissance (Prologue) and engineered titles on Virgin (Mallard, Penetration, Skids, Supercharge). Dodd’s other 1972 credits include albums by Duffy Power, Keef James, and Matching Mole.