Gong was a French/Anglo musical collective that existed through numerous iterations over a four-decade period, starting in 1969. During the first half of the 1970s, the band operated as a space-rock performance act under the leadership of Australian-born guitarist/vocalist Daevid Allen. Later in the decade, Gong steered toward jazz-rock with drummer/percussionist Pierre Moerlen affixed to the nameplate.

Gong was instigated by Australian-born musician Daevid Allen (1938–2015) during a forced stay in France, where he first touched base in 1960 before heading to England the following year. During his six years in England, he led the free jazz Daevid Allen Trio with organist Mike Ratledge and drummer Robert Wyatt, both of whom followed him to Soft Machine, which he co-founded in 1966 with bassist/singer Kevin Ayers. The Softs developed a fervent following in France during their 1967 European tour. On returning to the U.K., Allen was denied reentry because he had overstayed his visa on his last visit. The rest of the band recorded as a trio while he settled in Paris with his English-born partner Gilli Smyth (1933–2016), then a professor at the Sorbonne.

In the spring of 1968, Allen did uncredited guitar and voice on the album Dreaming the Magic of Your Maya by free-folk combo Princess Flower and the Moon Rays. It also features flautist Loren Standlee, who Allen enlisted for the first lineup of Gong with Smyth and vocalist Ziska Baum. Before they could record, Allen and Smith were forced to flee France after an incident during the May Paris riots. The couple took refuge in Deià, Mallorca, in the Spanish Balearic Islands. While there, they met French multi-reedist Didier Malherbe, who’d played with everyone from Jacques Thollot and Eddy Louiss to Davey Graham and Ravi Shankar.

In August 1969, the couple were summoned back to France by friend and filmmaker Jérôme Laperrousaz, who wanted them to provide music for a proposed motorcycle movie. The project didn’t materialized, but they were quickly offered a recording deal by free jazz label BYG Actuel. They assembled a new Gong lineup with Malherbe, bassist Christian Tritsch, and drummer Rachid Houari. The band (minus an unprepared Tritsch) recorded their first album during September and October at Studio ETA and Studio Europa Sonor in Paris. 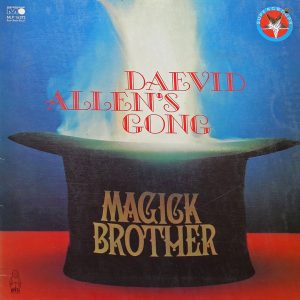 Gong released their debut album, Magick Brother, in March 1970 on BYG Actuel. The album is split into the Early Morning Side (side a) and the Side of the Late Night (side b) with five Allen originals per side (credited to Smyth for legal reasons), including “Pretty Miss Titty,” “Gongsong,” and “5 and 20 Schoolgirls.” 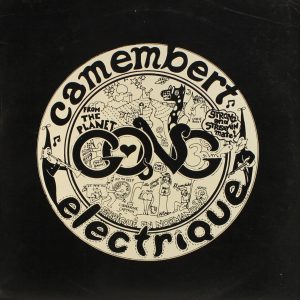 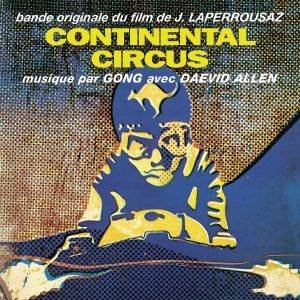 In April 1972, Gong released Continental Circus, the soundtrack to a documentary film by French director Jérôme Laperrousaz. The album appeared on Philips as a French-only release. 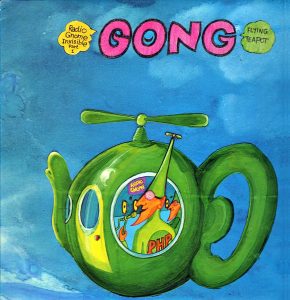 Gong released their third studio album, Flying Teapot, on May 25, 1973, on Virgin. 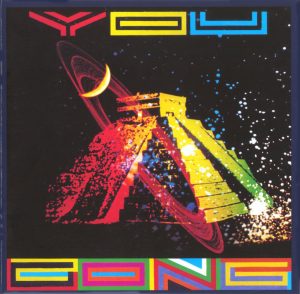 Gong released their fourth studio album, You, on October 4, 1973, on Virgin.

Daevid Allen and Gilli Smyth left Gong in April 1975. Moerlen led a new lineup on the mallet-laden jazz-rock album Shamal, released in early 1976 on Virgin, which issued the 1977–78 albums Gazeuse! and Expresso II. After the Virgin contract expired, the band (now comprised of no founding Gong members) changed its name to Pierre Moerlen’s Gong and issued four 1979–81 albums on Arista. 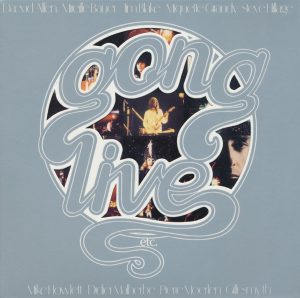 In 1977, Virgin issued the double-album Gong Live Etc., a live chronicle of three different Gong lineups between May 1973 and September 1975. 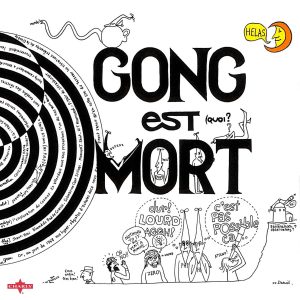 On May 28, 1977, the reunited Gong held a concert at the Paris Hippodrome: an event documented on Gong est Mort…Vive Gong, a 76-minute live double-album released on Tapioca Records, Georgakarakos’ short-lived follow-up to BYG. The title translates to “Gong Is Dead, Long Live Gong.”

Dice
Dice was a Swedish symphonic-rock band that released a self-titled album on Marilla in 1978. In 19...
Rumplestiltskin
Rumplestiltskin was an English hard-rock/psych studio band that released a 1970 self-titled album ...
Changó
Changó were an American Latin-rock/funk band from Brooklyn that released a self-titled album on AB...
Rock Follies
The Rock Follies were an English vocal trio that starred in their own musical-drama series on ITV ...
Crawler
Crawler were an English/American hard-rock band that evolved out of Back Street Crawler following ...
John Valenti
John Valenti is an American vocalist and drummer from Chicago who played in the Motown brass-rock ...
The Memphis Horns
The Memphis Horns were an American brass/woodwinds ensemble that originally served as a house act ...
Harry Chapin
Harry Chapin (Dec. 7, 1942 — July 16, 1981) was an American singer/songwriter from Brooklyn. Dis...
Sarah Dash
Sarah Dash (born Aug. 18, 1945) is an American soul singer from Trenton, NJ, who emerged as one-t...
National Pastime
National Pastime were an English pop-rock band from Sale, Greater Manchester, that released three ...
Crystal Circus
Crystal Circus were an American psych-rock band from Los Angeles that test-ran the album In Relati...
Steel Mill
Steel Mill was an English hard-rock/psych band that released the album Green Eyed God on Penny Far...