Fuchsia was an English folk-rock band from Exeter, Devon, that released a self-titled album on the Pegasus in 1971.

In 1970, Durant assembled Fuchsia as a vehicle for his songwriting. The name was inspired by the character Lady Fuchsia from Mervyn Peake’s 1946 novel Titus Groan (the title of which also inspired a namesake band). They recorded a 15-minute demo at West of England Sound. 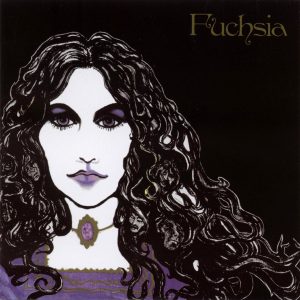 Fuchsia cut their singular album in the summer of 1971 at Sound Techniques, London. It appeared later that year on Pegasus, a division of B & C Records.

Fuchsia features seven tracks, six composed by Durant, including “Gone With the Mouse,” “Another Nail,” “The Nothing Song,” and “Just Anyone.” The penultimate “Me and My Kite,” a lighthearted ditty, is credited to Chudley.

Fuchsia sports cover art by Anne Marie Anderson, who also did visuals for In The Land of Grey and Pink and the debut album by Stud.

Fuchsia recorded three songs in 1972 for a proposed second album that was never completed. In 1976, Durant floated the idea for a musical, Mahagonny Behind Innocent Eyes. The project generated five songs, later coupled with the ’72 recordings (plus two Chudley demos) on the archival disc Fuchsia, Mahagonny & Other Gems, issued in 2003 by Night Wings Records (Italy).

Durant briefly played in an unrecorded reggae act called Greyhound before relocating to Australia. There, he produced and played guitar for the new wave band Dave Warner’s From the Suburbs, which issued two albums in 1978/79.

Fuchsia gained newfound cult status amid the acid-folk archival boom of the 2000s. Durant resurrected the nameplate for the 2013 disc Fuchsia II – From Psychedelia…To a Distant Place. In 2018, the demo recording from 1970 was issued as Original Fuchsia Demo. Both discs were released on Fruits de Mer Records. Durant’s 1976 musical has also been staged in his adopted homeland at The Perth Fringe Festival.