Free was an English hard-rock band that released six studio albums and a live set between 1969 and 1973. Their first two albums, Tons of Sobs and Free, appeared in 1969 on Island. They reached their popular peak with the 1970 albums Fire and Water and Highway. After a brief pause where guitarist Paul Kossoff and drummer Simon Kirke cut the album Kossoff Kirke Tetsu Rabbit, Free regrouped for the 1971 release Free Live and the 1972 studio album Free at Last. Bassist Andy Fraser jumped ship to Sharks and the rest of Free concluded with the 1973 album Heartbreaker.

Free’s signature song, “All Right Now,” remains an evergreen of classic-rock radio. Kirke and singer Paul Rodgers recorded multiple albums in Bad Company. Kossoff made a solo album titled Back Street Crawler, the name of his subsequent band that cut two albums before his passing in 1976.

Free formed in London in 1968. Guitarist Paul Kossoff (b. Sept. 14, 1950) and drummer Simon Kirke (b. July 28, 1949) hailed from an early, pre-record lineup of blues-rockers Black Cat Bones. They also backed American bluesman Champion Jack Dupree ‎on his 1968 Blue Horizon release When You Feel the Feeling You Was Feeling. Bassist Andy Fraser (b. July 3, 1952) had a brief, unrecorded stint in John Mayall’s Bluesbreakers. Vocalist Paul Rodgers (b. Dec. 17, 1949) played in an unrecorded beat group The Wild Flowers — not to be confused with the pre-Soft Machine Wilde Flowers — with future Juicy Lucy/Snafu/Whitesnake guitarist Micky Moody and eventual Quiver/Moonrider/Attractions bassist Bruce Thomas. 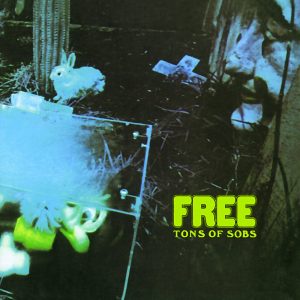 Free released their first album, Tons of Sobs, in March 1969 on Island (U.K.), A&M (U.S.), Polydor (Canada), Festival (Oceania), and Fontana (Japan). It features eight proper songs, including “Worry,” “The Hunter,” “Sweet Tooth,” and “Walk in My Shadow.” The album is bookended by the miniature two-parter “Over the Green Hills.” All but two of the songs are band originals, mostly credited to Rodgers. The album was recorded in late 1968 at London’s Morgan Studios and produced by Guy Stevens (Art, Mighty Baby, Traffic, Mott the Hoople, The Winkies, The Clash). 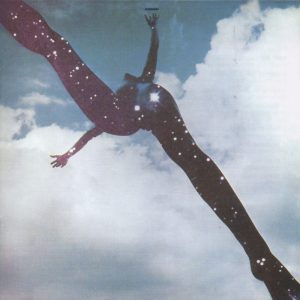 Before that album’s release, Free was busy recording their self-titled followup. Free was released in October 1969 on Island in all territories outside North America, where it was issued on A&M (U.S.) and Polydor (Canada). The album features nine songs, including “Songs of Yesterday,” “I’ll Be Creepin’,” “Broad Daylight,” and “Mourning Sad Morning.” All the songs are jointly credited to Fraser/Rodgers except “Trouble on Double Time,” a full-group composition. The album was recorded Jan.–June 1969 at Morgan and Trident Studios and produced by Island head Chris Blackwell. 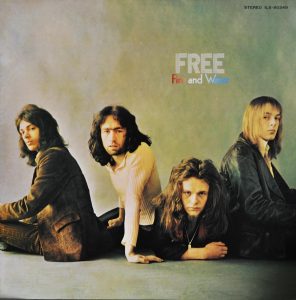 Free’s commercial breakthrough came with their third album, Fire and Water, released in June 1970. It features seven songs, including “Oh I Wept,” “Heavy Load,” and “Mr. Big.” The album reached #2 in the U.K., as did the single “All Right Now,” a hit in numerous territories. With both riding high, Free headlined the 1970 Isle of Wight Festival that August. The album was produced between the band and John Kelly (Jimmy Cliff, Dennis Brown, U Brown) and engineered by an up-and-coming Roy Thomas Baker, whose other nascent credits include Ten Years After, Every Which Way, Chicken Shack, The Fox, Egg (Egg), and Gentle Giant (Gentle Giant). 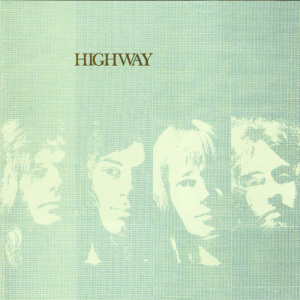 Free were back that December with their fourth album, Highway, released on Island in all territories. It opens with two Kossoff co-writes, “The Highway Song” and “The Stealer,” and proceeds through six Fraser/Rodgers originals, including “Bodie,” “On My Way,” and “Soon I Will Be Gone.” “Love You So” is a Rodgers/Kirke co-write. Musically, the album takes a rootsier, more laidback approach than prior efforts. Confusion arose over the album cover, designed by C.C.S. Advertising (Traffic, Nirvana, Procol Harum, Audience), which mentions the title but not the band name.

As the band handled mounting commitments, Kossoff spiraled into drug addiction. The situation was mirrored in the 1971 interventionist plea “My Brother Jake” (U.K. #4). This, coupled with creative differences between Fraser and Rodgers, caused Free to fold for the year. In their absence, Island issued Free Live!, culled from 1970 shows at The Lacarno, Sunderland and Croydon’s Fairfield Halls. 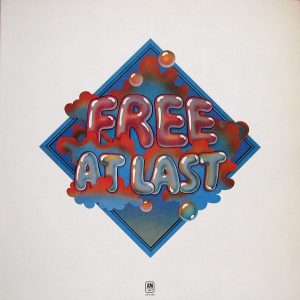 In January 1972, before the release of Kossoff Kirke Tetsu Rabbit, Free regrouped in the studio for another album. The resulting Free at Last was issued that May with nine group compositions, including “Soldier Boy,” “Goodbye,” and “Magic Ship.” The self-produced album generated one single: “Little Bit of Love” (U.K. #13).

The ensuing tour was shambolic due to Kossoff’s worsening condition. That summer, Fraser exited the band. Tetsu and Rabbit were roped in to fill out the lineup. 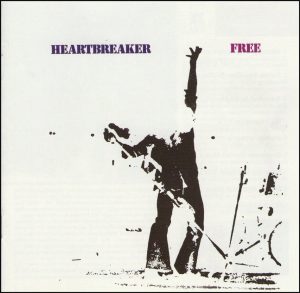 Free recorded their final album, Heartbreaker, in October/November 1972 at Island Studios. It was released in January 1973, four weeks after the group-composed lead-off single “Wishing Well” (U.K. #7). Rodgers wrote four of the album’s eight songs, including “Seven Angels,” “Come Together in the Morning,” and the epic title-track. His “Easy on My Soul,” along with the Bundrick contributions “Common Mortal Man” and “Muddy Waters,” feature Stray Dog guitarist “Snuffy” Walden in lieu of Kossoff, whose quaalude addiction sidelined him for roughly half the sessions. The album was co-produced by Andy Johns (Blodwyn Pig, Jack Bruce, Heavy Metal Kids, Detective, Television) and engineered by Richard Digby Smith (Bronco, Patto, Boxer, Jess Roden, Dr. Z, Sutherland Brothers).

Fraser formed Sharks with guitarist Chris Spedding but left the project after the first of two albums to front the Andy Fraser Band, which issued a self-titled album in 1975. That same year, he recorded a solo album at Alabam’s Muscle Shoals Sound Studios. For the next eight years, he focused primarily on songwriting with bass credits limited to albums by Brian Eno (Before and After Science) and Robert Palmer. In 1984, Fraser returned with the album Fine Fine Line on Island.

Kossoff went solo with the 1973 release Back Street Crawler, which features all of Free on the track “Molten Gold” plus appearances by Fraser, Kirke, Tetsu, and Rabbit on other tracks. The album spawned a namesake band, featuring Kossoff and three-fifths of American hard-rockers Bloontz. They released two 1975/76 albums on Atlantic/Atco before Kossoff’s death at age 25 from a pulmonary embolism on Mar. 19, 1976. The band continued for two further albums under the truncated name Crawler.

Rabbit cut two solo albums for Island in 1973/74 with help on select tracks from Tetsu, Kirke, and Walden. The keyboardist then joined Back Street Crawler for their 1976 release 2nd Street and remained for the two Crawler albums. He then became a touring fifth-wheel for The Who and played on albums by The Only Ones, Pete Townshend, Trevor Rabin, and Jack Green.

Tetsu toured with the Faces for two years, then returned to Japan where he surfaced sporadically on albums by Maki Asakawa, Kenji Endo, and Yoriyuki Harada.

Harold Alexander
Harold Alexander is an American jazz-funk saxophonist from Charlotte, NC, who released two albums ...
Aerial FX
Aerial FX were an English coldwave band from Oxford, Oxfordshire, that released a single apiece o...
Barbara Mason
Barbara Mason (born Aug. 9, 1947) is an American soul singer from Philadelphia. Discography: ...
Dirty Tricks
Dirty Tricks were an English hard-rock band that released three albums on Polydor between 1975 and...
The Savage Resurrection
The Savage Resurrection were an American psych-rock band from Richmond, Calif., that released a se...