Fox was an English dream-pop band that released three albums on GTO between 1975 and 1977. After the departure of vocalist Noosha Fox, the band morphed into Yellow Dog for two further albums on Virgin during the late 1970s.

Fox was formed in 1974 by American musician, songwriter, and producer Kenny Young (April 14, 1941 – April 14, 2020). He was already a 10-year veteran of the music industry. In 1964, his composition “Under the Boardwalk” became a hit for The Drifters (US #4 pop / #1 R&B). In 1968, Brooklyn girl-group Reparata and the Delrons had an international hit with Young’s “Captain of Your Ship,” later covered by Bette Bright and the Illuminations.

Between 1965 and 1970, Young issued singles under an assortment of band monikers: The English Muffins, San Francisco Earthquake, The Seagulls, Moonshine. The last of those projects was a collaboration with Irish vocalist Clodagh Rodgers. She also sang on demos of Young compositions that he would later record with Fox.

The other members of Fox had extensive backgrounds. Bassist Gary Taylor started in the beat-psych band The Herd. During the early 1970s, he played on albums by Amazing Blondel, Gerry Rafferty, Stealers Wheel, Laurie Styvers, Michael d’Abo, Kid Gloves, and The Family Dogg.

Guitarist Jim Gannon hailed from the 1969/70 iterations of the Pesky Gee/Black Widow clan. He was listed as a guest player on the first Fox album but included as a full member on the subsequent two. 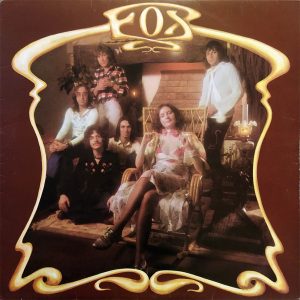 The band released their first album, Fox, in early 1975. It features 11 Young originals, including the aforementioned a-side and “Red Letter Day,” “Spirit,” “Love Ship,” and “Imagine Me Imagine You.” The last of those was released as a single (UK #15) with the non-album b-side “If I Point at the Moon.” Two further tracks were paired on 7″: “He’s Got Magic” (b/w “The Juggler”). 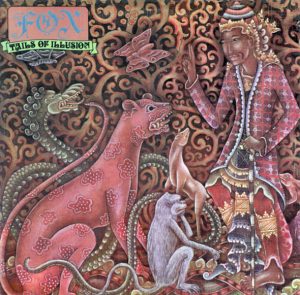 Fox’s second album, Tails of Illusion, appeared in late 1975. The album contains nine Young originals and one track (“Lily Sing”) written by Frank and sung by one Mary Zinovieff. Noosha sings on only five songs, including “Yuli, Yuli” and “Howdja.” Young sings “For Whatever It’s Worth” and “Me Without You.” Armstrong takes the mic on “Survival.” The Noosha-led “Strange Ships” was issued as a single, backed with the Frank-sung “Little Brown Box.”

In 1976, Fox scored a UK #4 hit with the single “S-S-S-Single Bed” (b/w “Silk Milk”). The a-side was included on their third and final album Blue Hotel, released in 1977. The album contains nine additional songs primarily credited to Young, including “Magic Machine,” “Almond Eyes,” and “Dejenina.” Armstrong claims four co-writing credits. Nosha sings lead on all the tracks. “My Old Man’s Away” was lifted as a second single, backed with the non-album “Are You Sure?” 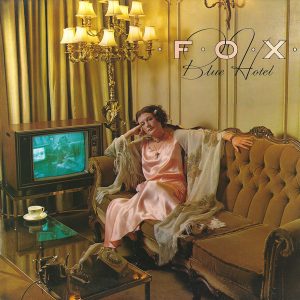 Noosha left Fox in 1977. Her Young-produced debut solo single, “Georgina Bailey” (b/w “Pretty Boy”), charted that year (UK #31). She followed it with four further singles on Chrysalis, Metronome, and Earlobe between 1979 and 1981. She subsequently resigned from the industry.

The remaining members of Fox carried on as Yellow Dog, which issued two albums on Virgin in 1977/78 and a third on small-press Escape Records in 1981. The Fox nameplate was briefly resurrected for the 1980 single “Electro People” (b/w “If You Don’t Want My Peaches”), written as the theme to The Kenny Everett Video Show.