Energy was a Swedish jazz-rock band that released a self-titled album on Harvest in 1974.

Energy fused when ex-November drummer Björn Inge teamed with three aspiring musicians: guitarist Amedeo Nicoletti, bassist Bosse Norlén, and Spanish-born keyboardist Alvaro Is. They were one of the earliest European jazz-rock bands to emerge following the 1973 release Hymn of the Seventh Galaxy by Return to Forever. 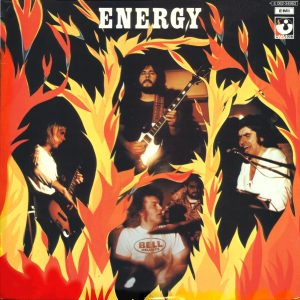 Energy was released in 1974 on the Swedish branch of EMI-subsidiary Harvest. Side one contains two medium-length Alvaro compositions: “Subtle Forces” and “Metamorphoses–Impression.” Nicoletti composed the remaining tracks, including “John” and the 10-minute “Porta Marina.”

Energy was reissued in 2012 by German archivists O-Music.