Cressida was an English post-psych band that released the albums Cressida and Asylum on the Vertigo “swirl” label in 1970/71.

Cressida formed in 1968 in London. The members hailed from minor-league beat and psych outfits. Notably, drummer Iain Clark was in the unrecorded band Mustard and also taught percussion. 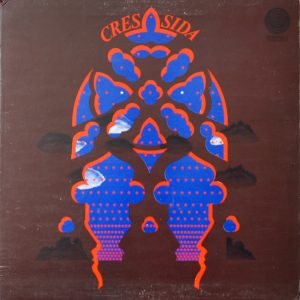 Cressida released their self-titled debut album on Vertigo in 1970. It features 12 originals, including “Time for Bed,” “Cressida,” “The Only Earthman In Town,” and “To Play Your Little Game.” The album was produced by Ossie Byrne (Bee Gees, Eclection) and engineered by Robin Thompson (The Moody Blues, King Crimson, Brainchild, Web/Samurai). The title-track was issued as a single, backed with “Down Down.” Guitarist John Heyworth left after the album’s release. 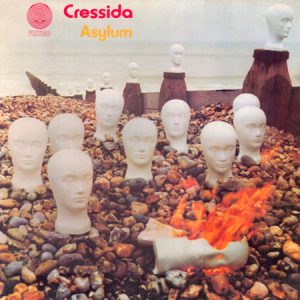 Culley went on to a brief stint in psychsters Black Widow. Clark sat in on Uriah Heep for their 1971 release Look at Yourself. Bassist Kevin McCarthy contributed to the second album by rustic-rockers Tranquility.

Keyboardist Peter Jennings later cut a single with Jabberwock (1977) and recorded the split-single b-side “Floor Show at Dzerzhinsky’s” (1982). In the 2000s, he resurfaced in goth-rockers The Ghost of Lemora.

Roy Wood
Roy Wood is an English singer, songwriter, multi-instrumentalist, and bandleader from Birmingham w...
Eire Apparent
Eire Apparent was an Irish psychedelic pop band that made the album Sunrise, produced by Jimi Hend...
The Piranhas
The Piranhas were an English ska band from Brighton that released six singles on Virgin, Attrix, A...
Bread Love and Dreams
Bread Love and Dreams were a Scottish folk trio that released a self-titled album on Decca in 1969. ...
Spirogyra
Spirogyra was an English folk-rock band that released the album St. Radigunds on B & C Records i...