Cockney Rebel was an English orchestral/art-pop band that released two albums on EMI in 1973 and 1974. After the breakup of the original band, frontman Steve Harley assembled new musicians for a trio of 1975/76 albums with his own name affixed to the Cockney Rebel nameplate.

Cockney Rebel evolved from a musical friendship between singer/songwriter Steve Harley and musician Jean-Paul Crocker, who played guitar, mandolin, and fiddle. They met when Harley auditioned for the unrecorded folk act Odin (not the English/German hard-rock band), which included Crocker, fresh off a short (post-album) stint with the folk-psych band Trees.

Harley took interest in music and literature during his polio-stricken youth, when he took refuge in the music of Bob Dylan and the poetry of T. S. Eliot and D. H. Lawrence. At age 17, he took a job at the Daily Express, which led to stints as a reporter for the Essex County Standard, the Colchester Evening Gazette, and the East London Advertiser.

In 1971, Harley started moonlighting at London folk venues, playing his songs on unaccompanied acoustic guitar on open-mic nights. After meeting and busking with Crocker, Harley formed Cockney Rebel as a vehicle for his own material. He enlisted Crocker, bassist Paul Jeffreys, and drummer Stuart Elliott. A sequence of guitarists passed through the initial ranks before keyboardist Milton Reame-James completed the lineup. Soon after stabilizing, they signed to EMI. 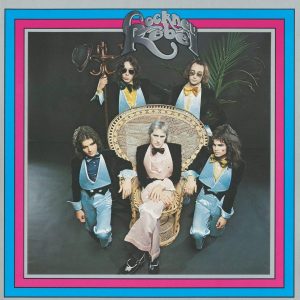 Cockney Rebel released their debut album, The Human Menagerie, in November 1973. It features 10 Harley originals, including “Hideaway,” “Loretta’s Tale,” “Muriel the Actor,” and “What Ruthy Said.” Each side closes with a lengthy narrative epic, “Sebastian” (6:59) and “Death Trip” (9:54).

The cover shows Harley seated in a peacock chair, surrounded by the band in matching tuxedos with satin flares. It was photographed, along with the back-cover images, by Peter Vernon, who also did album visuals for Barclay James Harvest, Budgie, and Master’s Apprentices.

In March 1974, Cockney Rebel released the non-album single “Judy Teen” (b/w “Spaced Out”), which reached #5 on the UK singles chart. It marked their first pairing with engineer Alan Parsons, who produced their next two albums in concert with Powell. 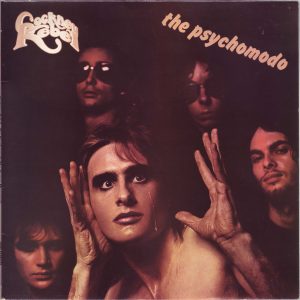 Cockney Rebel’s second album, The Psychomodo, appeared in June 1974 in the UK and Europe. It features several songs that run together, including “Sweet Dreams”+“Psychomodo” and “Bed in the Corner”+”Sling It.” Side two is bookended by the epics “Cavaliers” and “Tumbling Down,” both with anthemic, singalong choruses.

More than its predecessor, Psychomodo has a music-hall/carnival vibe that verges on avant-garde, due in part to Cocker’s hyperactive fiddling. The front and back cover images were captured by famed photographer Mick Rock, also responsible for the cover images on 1974 albums by Queen (Queen II, Sheer Heart Attack), Be-Bop Deluxe (Axe Victim), Kiki Dee (I’ve Got the Music In Me), and Camel (Mirage).

In the US, Psychomodo was issued in January 1975 under the name Steve Harley and Cockney Rebel. On this pressing, the cover sports an image of Harley holding a telephone.