Chetarca was an Australian symphonic-rock band from Melbourne that released a self-titled album on WEA/Atlantic in 1975. 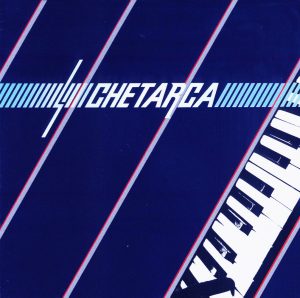 Chetarca emerged from the wreckage of Langford Lever, an unrecorded early ’70s Melbourne act. The new band released their singular album, Chetarca, on WEA/Atlantic in 1975.

Side ones contains four originals: “Death of a Rock & Roll Singer,” “Another Day,” “Diary,” and “Chetarca.” Side two is mostly comprised of “The Oceanic Suite,” a three-part, 23-minute epic. Frequent hallmarks of the album include Ekseption/Refugee keyboard runs, trebly Squire-esque bass, and wailing harmonica.

Only 1,000 copies of the original album were pressed. Despite this, it reached no. 75 on the Australian album chart in September 1975. The band’s tour in support of the album included opening dates for Electric Light Orchestra and Frank Zappa.

Outside Chetarca, keyboardists Andrew Vance and Bruce Bryan played on The Boy From the Stars, the 1974 solo album by ex-Masters Apprentices frontman Jim Keays. Bassist John Rees later resurfaced in Men at Work, recording two albums with the band to international fanfare between 1981 and 1983.