Capability Brown was an English harmony-rock band that released two albums on Charisma in 1972 and 1973. Half the band continued in the funk-rock combo Krazy Kat.

Capability Brown evolved from the late-’60s pop-vocal act Harmony Grass, which included guitarist/singer Tony Ferguson and bassist/singer Kenny Rowe. Toward the end of that band’s run, they were joined by vocalist Joe Williams. In 1971, the three teamed up with ex-Fuzzy Duck guitarist Grahame White and newcomers Dave Nevin (keyboards) and Roger Willis (drums). The new six-piece named itself after the 18th century English architect Lancelot “Capability” Brown.

The band debuted with the 1972 single “Liar,” a seven-minute funk-rock rendition of the Russ Ballard song originally recorded by Argent on their 1970 self-titled album. The flipside features the track “Nightingale Lane” by fellow Charisma act Spreadeagle. Capability Brown’s second single was the non-album “Wake Up Little Sister” (b/w “Windfall”). 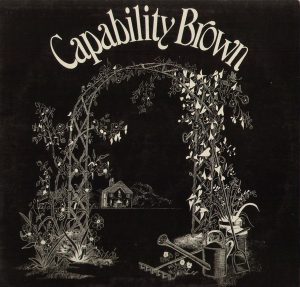 Capability Brown released its first album, From Scratch, in 1972 on Charisma (UK/US/NZ), Buddah (Canada), and Philips (Europe). It features “Liar” and nine additional songs, including the Nevin originals “Do You Believe” and “Day In Day Out” and the Ferguson compositions “I Will Be There” and “The Band.” The opening track, “Beautiful Scarlet,” was originally cut by Rare Bird on their 1969 debut album. (Another track, “Redman,” is a collaborative effort that Rare Bird would ultimately record on their 1974 swan song Born Again.) The album concludes with Ferguson’s four-part suite “Sole Survivor,” which clocks in at 9:48.

The same year as From Scratch, Capability Brown provided backing instrumentation on the Buddah Records release Take Me Away by singer/songwriter Risa Potters. Both albums were produced by American media personality Steve Rowland, who also worked with Babe Ruth. 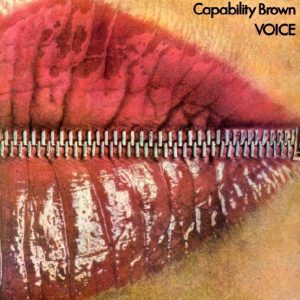 In 1973, Capability Brown issued Voice in the UK and Europe on Charisma. Side one contains two originals: the briskly strummed and harmonized “Sad Am I” (Ferguson) and the shuffling six-minute rocker “Keep Death Off the Road – Drive On the Pavement” (Nevin). The latter features soprano harmonies that foreshadow Queen. Also included are covers of songs by Alan Hull (“I Am and So Are You”) and Steely Dan (“Midnight Cruiser“). Side two consists of the 20-minute suite “Circumstances – In Love, Past, Present, Future Meet.”

Albatross
Albatross were an Australian rustic-folk band from Sydney that released the album A Breath of Fres...
Strife
Strife were an English hard-rock band from Bootle, Merseyside, that released the album Rush on Chr...
McPhee
McPhee were an Australian hard-rock/psych band from Sydney that released a self-titled album on Fe...
Visage
Visage was an English electro/art-pop project that yielded a self-titled album on Polydor in 1980,...
Cheryl Dilcher
Cheryl Dilcher (Nov. 12, 1946 — Feb. 26, 2005) was an American singer/songwriter from Allentown, P...