Birtha were an American soul-rock band from Los Angeles that released two albums on Dunhill during 1972 and 1973. Frontwoman/bassist Rosemary Butler became an in-demand session vocalist during the 1980s.

Birtha was formed in 1968 by singer/bassist Rosemary Butler and guitarist/singer Shele Pinizzotto (aka Shel Le). The pair had played together in Daisy Chain, another all-female band that released the album Straight or Lame in 1967. 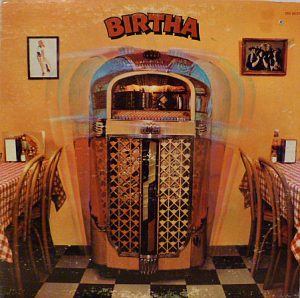 Birtha released their self-titled debut album on Dunhill in 1972. It features nine songs, six of them written individually or collaboratively by the frontal pair, including “Free Spirit” and “Fine Talkin’ Man.” Side two contains a cover of the Ike and Tina Turner chestnut “Too Much Woman (For a Henpecked Man).” The album was produced by Gabriel Mekler (Steppenwolf, Three Dog Night, Janis Joplin, Etta James, Frantic), who co-wrote the track “Forgotten Soul” with drummer/singer Liver (Olivia Favela). 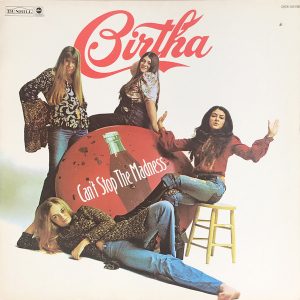 Birtha’s second album, Can’t Stop the Madness, appeared in 1973 on Dunhill. It features nine originals, including “Don’t Let It Get You Down”, “Sun”, and “(When Will Ya) Understand.” Fifth-wheel Mark Wickham co-wrote three songs with various members. The album’s sole cover is “All This Love,” written by ex-Big Foot partners David Garland and Gerard Belisle. Production was handled by Chris Huston (Nazz, Sweetwater, WAR, Tim Buckley). Later that year, Birtha issued a non-album 7″ cover of Steely Dan‘s “Dirty Work.”

Birtha disbanded in 1975. The only member to continue in music was Butler, who did backing vocals for James Taylor, The Doobie Brothers, Nicolette Larson, Neil Diamond, the Charlie Daniels Band, and numerous other artists during the following two decades. Her one solo album, Rose, appeared in 1983 on Capitol Records.