Atlas were an Austrian soul-funk band that released a self-titled album on Bacillus/Bellaphon in 1977. 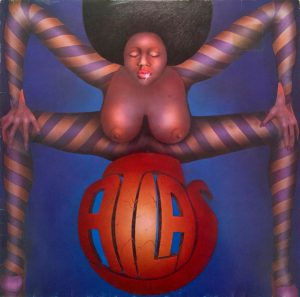 Formed in 1975, Atlas was active for three years on the Viennese music scene. The band’s album was engineered at Gorilla Studios by bassist/producer Ernie Seuberth, who soon became a prolific Austrian studio hand. The album includes the space-funk jam “Pasteboard,” the soul-funk/reggae ballad “Skybird Fly,” and the quiet-storm soliloquy “Let’s Not Believe.”

Moonstone
Moonstone were an American symphonic/hard-rock band from Lancaster, Penn., that issued a standalo...
Edna Wright
Edna Wright (born 1944) is an American soul singer from Los Angeles who released the album Oops! ...
Tarika Blue
Tarika Blue were a New York-based, multi-national jazz-funk/soul collective that was active duri...
Aut'chose
Aut'chose were a Québécois hard-rock band that released three albums on Columbia/CBS in 1975 and 1...
The Temptations
The Temptations were an American soul group from Detroit, formed in 1961. They first charted in 19...