Airlord were a New Zealander art-rock band from Wellington that released the album Clockwork Revenge on Infinity in 1977.

Prior to forming Airlord, the only member with a recorded history was guitarist/singer Steve MacKenzie, who cut two singles in 1974/75 with the pop trio Friends. 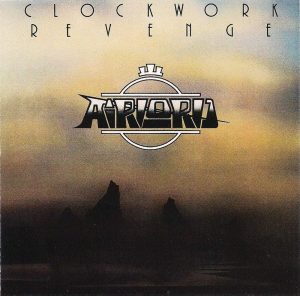 Airlord formed in 1976 and gigged the Wellington club circuit before heading to Australia to record their singular album, Clockwork Revenge. It was released in 1977 on Infinity (OZ) and Interfusion (NZ). The album was produced by Martin Erdman (McPhee, King Fox) and features seven originals, including “Ladies of the Night,” “Earthborn Pilgrim,” “You Might Even Be,” and the title-track. Songwriting was split between MacKenzie and guitarist/singer Ray Simenauer. The track “Pictures In a Puddle” (b/w “Is It Such a Dream”) was issued as a single.

After Airlord, MacKenzie and keyboardist Alan Blackburn formed the hard-rock band Machine, which issued the single “They Destroy Me” (b/w “Russian Roulette”) on Big Rock Records in 1981.