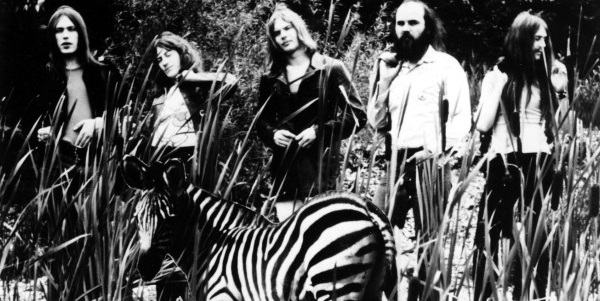 Abacus was a German art-rock band that released four albums and three singles on Polydor/Zebra between 1971 and 1973.

Abacus evolved from the band Fashion, an unrecorded act from Hamm. They became Abacus with the arrival of English singer/guitarist Chris Williams, fresh off a stint with Grail. In 1971, the new band played before an audience of 30,000 at the Germersheim Rock Festival, appearing alongside Pink Floyd, ELP, and Santana. 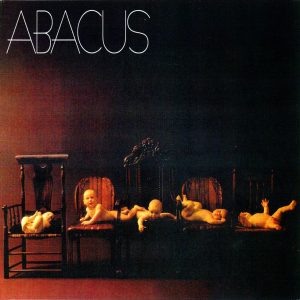 Abacus released their self-titled debut album in 1971 on Polydor. Side one features three songs: “Cappucino,” “Don’t Beat So on the Horses,” and the epic “Pipedream Revisited Part I & Part II” (9:35). Side two contains four medium-length songs, including “Chestholder,” “Radbod Blues,” and “Song for John and Yoko.” Williams and Schade co-wrote most of the songs with help on half the number from Barutzky. The album was recorded at Hamburg’s Windrose-Dumont-Time Studios and produced by Gerd Müller, who retained his post for the following two albums. Gestaltungstechnik Fotografie is credited with the cover, on which the five members are represented by infants. 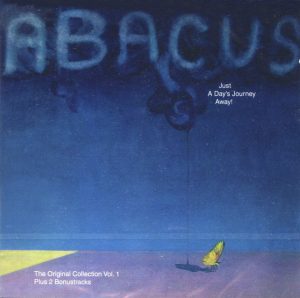 The band’s second Polydor release, Just a Day’s Journey Away, appeared in early 1972. It features seven songs, including the seven-minute opener “Seasong” and the side-two trilogy “Continued On Page 2, Col.6,” “White House May Come,” and “What Else.” The album was engineered by Günther Zipelius (Lucifer’s Friend, Ardo Dombec). After this release, Hans cleared way for drummer Konstantin H. Bommerius. 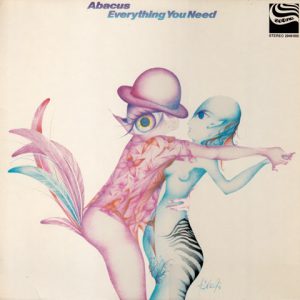 Abacus released their third album, Everything You Need, in late 1972 on the local Polydor-subsidiary Zebra. Side one features four songs, including “Ivan Hood the White Knight” and the six-minute “Thing We Do.” Side two is consumed by the five-part, twenty-minute title-suite. In keeping with the label’s theme, the cover features a partially zebra-striped female character, courtesy of Gestaltungstechnik. Original vinyl pressings came with a zebra-print inner-sleeve. 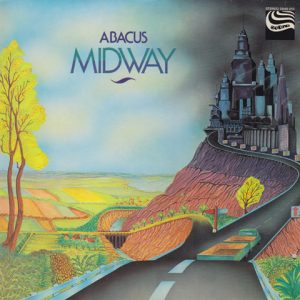 In 1973, Abacus issued the non-album Zebra single “Fly With Us” (b/w “The Big Moody”). Their final album, Midway, appeared later that year on the same label. It features nine shorter songs, including “Let’s Face the Voices and Dance/Including Revelation,” “Be Beholding,” “11 Farden”, and “For the Moment.” The album concludes with the 11-minute title-track.

(Abacus are not to be confused with the namesake English hard-rock band that issued the single “Indian Dancer” (b/w “Be That Way”) on the German Bellophon label in 1974.)

Marva Whitney
Marva Whitney (May 1, 1944 — Dec. 22, 2012) was an American soul singer from Kansas City, Kan. ...
Coloured Balls
Coloured Balls were an Australian hard-rock/jam band from Melbourne that cut a collaborative album...
Atrium
Atrium were a German jazz-rock band that released the album Color Seed on self-press BVB Edition i...
The Escorts
The Escorts were an American soul group from Trenton, NJ. Members: La'Grant Carlos Harris, Regi...
Christopher
Christopher were an American psych-rock band from Houston that released a self-titled album on Me...
Crystal Circus
Crystal Circus were an American psych-rock band from Los Angeles that test-ran the album In Relati...
Duncan Browne
Duncan Browne (March 25, 1947 — May 28, 1993) was an English singer/songwriter who released the al...
Bernard Lubat
Bernard Lubat (born May 12, 1945) is a French jazz-funk/library musician who released numerous alb...
The Twins
The Twins were a German synthpop duo that released four albums on Hansa International between 1981...
Tokyo
Tokyo were a German hard-rock band that released two albums on Ariola between 1980 and 1982, follo...
Bill Puka
Bill Puka is an American pianist and singer-songwriter who released a self-titled album on Columbia ...
Incredible Hog
Incredible Hog was an English hard-rock power trio that released the album Volume 1 on RCA-subsidi...