Days of Future Passed is the second album by English symphonic-pop/rock band the Moody Blues, recorded with the London Festival Orchestra and released in December 1967 on Deram. The album is the band’s first to feature the classic Moodies lineup with vocalist/guitarist Justin Hayward and bassist John Lodge. 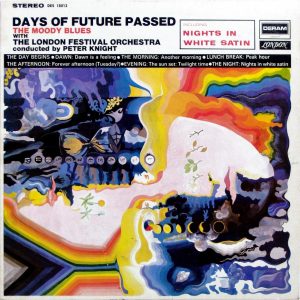