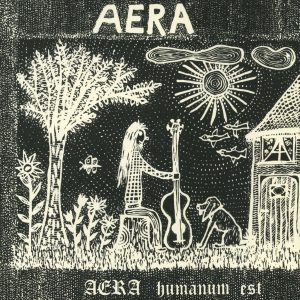 Harmonic notes and tuning twang presage “Papa Doing,” which coalesces around a sharp soprano sax riff at 2:00. The riff is intermittently overtaken by the clean leads and jangly plucking of guitarist Groh. The track is paced by thick, fluid bass and cymbal-laden snare rolls.

“Demmerawäng” beacons with a jerky, syncopated bass ostinato engulfed in cymbal spray. The figure is soon overlaid by the clean, fluid plucking of Groh’s guitar and the bold, billowing tone of Kreuzeder’s sax. Midway, the track becomes a minimalist showcase for drummer Wolfgang Teske, who’s ultimately challenged by the thick, gruff basswork of Dieter Bauer. At 4:50, the rest of the band surfaces to reinstate the main theme. The guitar takes a more aggressive, distorted, scaly tone as the song veers towards its climax.

Bauer begins “Hodibbel” with an octave-scaling figure in E. A muted blend of percussion and wah-wah soloing layer onto the mono-chordal framework. At 2:30, a spiky four-bar melody forms between Groh and Kreuzeder as the two mirror in tight unison.

“Jonas Schläft” begins with a chorused poly-chordal descent in Dm. Kreuzeder flutters high and low as the drumming intensifies. A wordless chorus melody forms around sax and rhythm guitar. Suddenly, a bridge appears overlaid with frosty Mellotron. The song picks up speed as the sax billows higher and higher.

Released at the height of maximalist jazz-rock, Aera eschewed the density of their contemporaries. Rather than compete on record with blazing scales and rapidfire rolls, the band favored a leaner, more subtle approach that emphasized slow buildup and refined technical mastery.